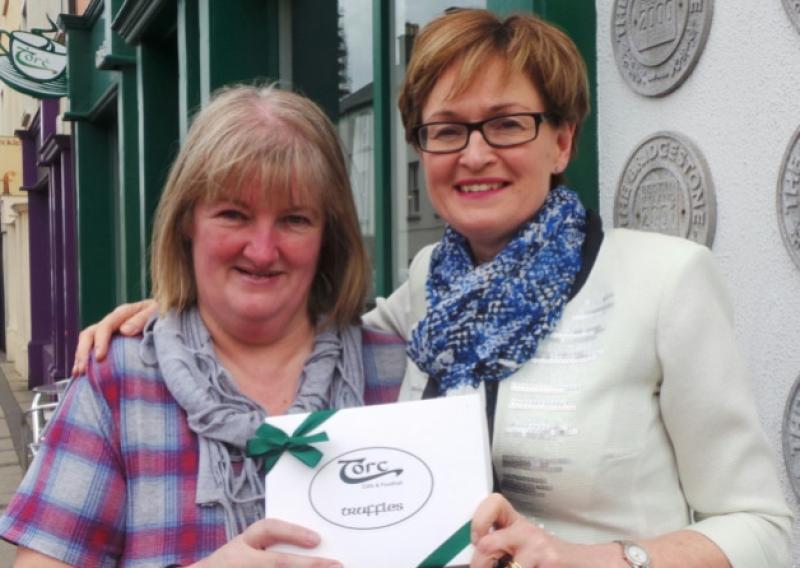 Held at the community centre in Aughnacliffe, the topics discussed included CAP reforms and the Single Farm Payment.

“The meeting focused on the details of how the CAP reforms will be implemented in Ireland and Longford,” Ms McGuinness told this paper. “However, the big talking point of the meeting was the situation of suckler and beef farmers.

She continued by explaining that another issue is of real concern to Longford farmers is the difficulty for Northern Irish cattle buyers to buy young stock for fattening in the South.

“It is an issue I have raised with the Commission as I believe it is against the spirit of the EU when it comes to free movement of goods on the internal market.”

It is now 10 years since the former RTÉ ‘Ear to the Ground’ presenter first entered politics, having first been elected to the European Parliament in 2004.

“Looking back, my decision to run arose from a desire to get involved in policy-making,” she said.

“I had a deep interest in politics and was a long-time supporter of Fine Gael. The party had asked previously to consider running and circumstances made it possible in 2004.”

Ms McGuinness, who is seeking re-election as an MEP in next month’s elections, has listed agriculture, environment, food safety, public health, and deinstitutionalisation for children and young adults with special needs as her priorities.

“My legislative priorities arise from the committees which I sit on as an MEP; Agriculture and Rural Development and Environment, Food Safety and Public Health” she explained , adding that, “These are two of the busiest committees in Parliament.

Asked about her role as a representative for the people of the new Midlands North-West constituency, Ms McGuinness said: “My job, the job of everyone who is elected, whether it’s local, national, or European, is to represent the people who elect us.

“ This means dealing with whatever issues arise - and they can be varied, from social welfare to health to education to housing to environment, agriculture, etc.”