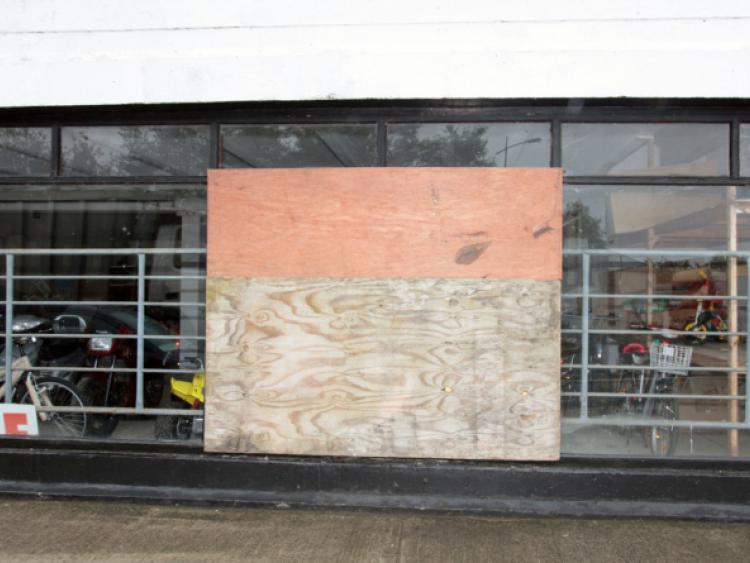 On Sunday morning, September 15, Kane Autos on the Longford Road, Edgeworthstown was targeted by thieves.

On Sunday morning, September 15, Kane Autos on the Longford Road, Edgeworthstown was targeted by thieves.

Just before 7am on that Sunday morning, a thief gained entry onto the premises. Having failed to enter through the door, the thief smashed one of the windows in, causing thousands of euros worth of damage, before making off with bikes and lawnmowers from the store, with many others damaged.

Speaking to the Leader this week, owner of the premises, Alec Kane, estimated that the robbery will cost him approxtmately €11,000, between repairing the windows and replacing stolen and damaged items. “I can ill-afford that” he said.

Unfortunately, this is not the first time this particular premises has been a target for thieves, as Alec explained that he’s had about a “break-in a week”, not including those who fill their car up with petrol before driving off without paying. “It’s unacceptable” he says. “The ordinary man won’t be able to stay in business, it’s gone to that.

“It’s the worst I have seen in 60 years” Alec sadly admitted.

There is a silver lining, however, as Alec said that the security camera on the premises has clear footage of the incident. According to Alec, the camera “shows distinctly” a man in a hi-vis jacket breaking into the garage. “I believe he’s not too far away,” he added. The Gardaí have been investigating the break in, and have received a copy of the tape.

Despite the setbacks, Alec is determined to get back on his feet, and is appealing to anyone who might have any information about the incident, or indeed about the whereabouts of the stolen goods to contact him.

The Edgeworthstown businessman’s concerns follow hot on the heels of recent statistics provided at a Joint Policing Committee (JPC) meeting in Longford town.

Despite a general fall-off in crime, Superintendent Denis Shields said copper and piping remain the main targets for opportunist thieves.