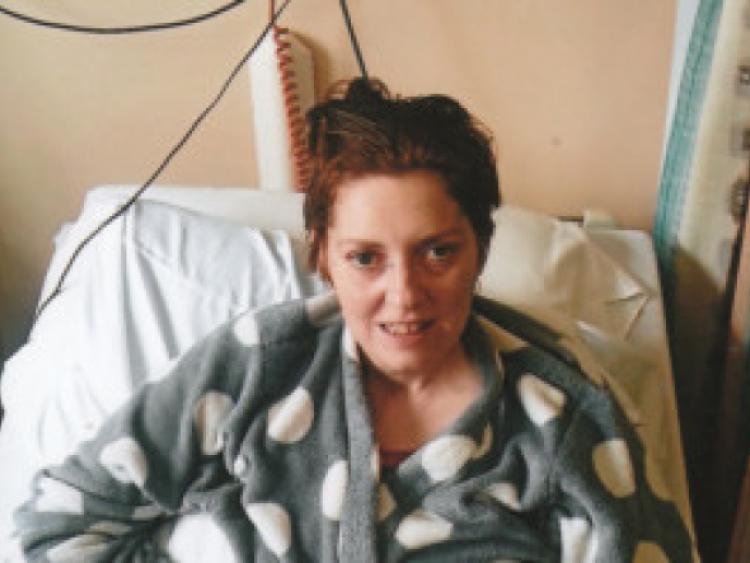 A fundraiser will take place in the Village Inn, Drumlish on October 12, in aid of 35-year-old Carol Galvin.

A fundraiser will take place in the Village Inn, Drumlish on October 12, in aid of 35-year-old Carol Galvin.

Almost ten years ago, Athlone-based Carol was diagnosed with Multiple Sclerosis (MS). Though she tried numerous treatments, nothing seemed to work.

Speaking to the Leader, Carol’s husband David explains that a friend of the couple’s spoke to them about Lyme Disease, having suffered from it herself. After discovering that Carol’s symptoms fit the desciption, blood samples were sent to a leading clinic for Lyme Disease in Germany. It was then discovered that Carol had a chronic form of the bacterial infection.

“It has affected every organ in the body” David explains, adding that Carol’s heart, brain, kidneys and muscles have been affected. Carol is also wheelchair-bound, and suffers from arthritis as a result of the disease.

Speaking about Lyme Disease, David explains that it is known as the great mimicker, as it imitates a number of other serious diseases such as MS, Parkinson’s and Motor Neurone Disease. With the difficulty in reaching a correct diagnosis, the couple had no choice but to seek treatment in Germany.

On October 9, the couple will travel to Germany where Carol will begin her treatment. There, she will be given a particular type of antibiotic, but will have to be kept under observation for at least three weeks. When you start killing the disease, David explains, it releases toxins into the body. After that, Carol will have to return for regular check-ups.

It has been a tough time for the couple and their young daughter Molly. It has also been difficult for Carol’s friends and family, not least her parents, Willie and Philomena Forde, who live in Cloonaugh, Drumlish.

The treatment is expected to cost up to €40,000, and a number of fundraisers have been organised in Athlone and Longford to help raise the necessary costs. “Part of this is to create awareness of Lyme Disease” David says, adding that Ireland has one of the highest rates of the disease, yet few know about it. David wishes to sincerely thank the committee in Drumlish for their work.

All are welcome to attend the fundraising night in the Village Inn on October 12, where entertainment will be provided by Cajun Country.