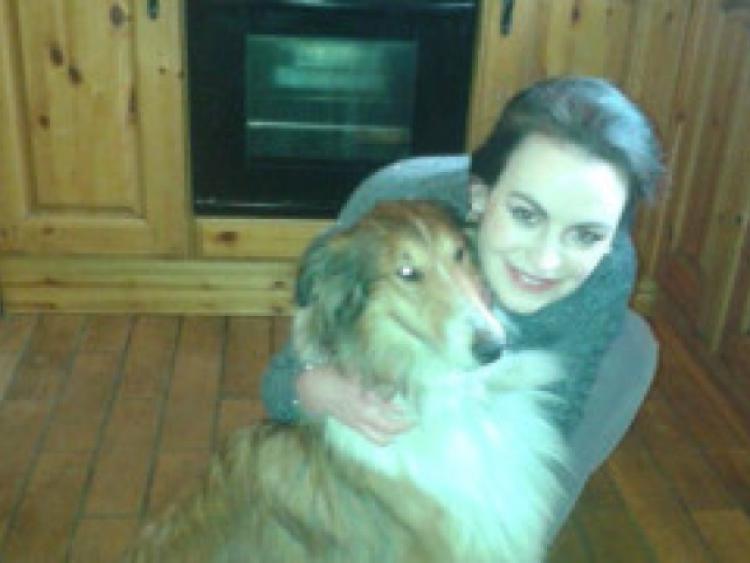 Brandy, a collie who had been missing from his home in Legan for over ten months, was reunited with owner Avril Moran on Sunday morning.

Brandy, a collie who had been missing from his home in Legan for over ten months, was reunited with owner Avril Moran on Sunday morning.

Brandy went missing on March 3, 2013, and despite endless search efforts he was never recovered.

Avril spoke of the distressing day he went missing, explaining that herself and her mother had taken Brandy out for a walk. They had previously walked with Brandy on Ardagh Mountain and he was perfect out in public, so they decided to take him to the Mall. “He became unsettled in the Mall with other dogs and children screaming,” Avril explained, adding that she “carried him back to the car where I handed him back to mam. Then Brandy broke away knocking her flat to the ground. He was spotted in a woman’s back garden in Abbeycarton.”

“From that day on we were up every morning looking for him” Avril continues.

“That Sunday we lost him was like the end of the world. We were in tears and had many restless nights. I was called to my new job in April and my time searching was limited day by day. We spent all our time knocking on doors all over, even in Leitrim. We got many setbacks as other collie dogs were found in the town but it was never Brandy.”

Despite all the knock backs and false hopes, Avril and her family never gave up searching for their beloved pet. “We never gave up constantly sending out flyers, notices, emails and calls through Facebook, Shannonside and the Longford Leader. Any call or information we followed it up and got many setbacks.”

“Many said to us when we were out looking that he would be dead by now. That can be reality but we kept searching. We had a lot of positive people too, keeping us fuelled with encouragement.”

Their determination did not go unpunished as on Friday last, Brandy was spotted. “On Friday I got a message from my boyfriend Kevin Ireland who drives for Corrib Oil in the town and county. The message read ‘I think I see Brandy’. I was shocked. He ran out in front of Kevin around 4pm. So mam and I got up at 7am to go into Longford and learn that it was Brandy. He was along with four other dogs belonging to other owners around Richmond Street. We were in tears to see him as we didn’t see him since the day he went missing.”

Now that Brandy’s whereabouts was known, they had the task of catching him and so the search began again. “We were walking the fields and brought in Lassie, my 14-year-old dog, to sniff him out. We never thought we’d find him.”

Sunday was the day Brandy finally re-joined his family. “We went in at 10am and followed him into a building opposite Kane’s filling station. There he was under a window on an old mattress. Mam and I were shocked, we nearly fainted as we had him cornered and he just sat there waiting. We were frightened he would snap but I took off my gloves and hat and petted him. He was as soft and calm. We attached his lead to the collar he’d on the day he left.”

And thus ends the adventure of Brandy as he is now home where he belongs, with his loving family. “The tears kept falling because we knew it was definitely him when we saw his collar. We lifted him up and carried him to mam’s car.”

Thrilled with his return, Avril thanked everyone who helped look for Brandy these past few months. Brandy also has the company of three other dogs Lassie, Prince and Polly in what Avril describes as ‘the happiest house in Ireland’.