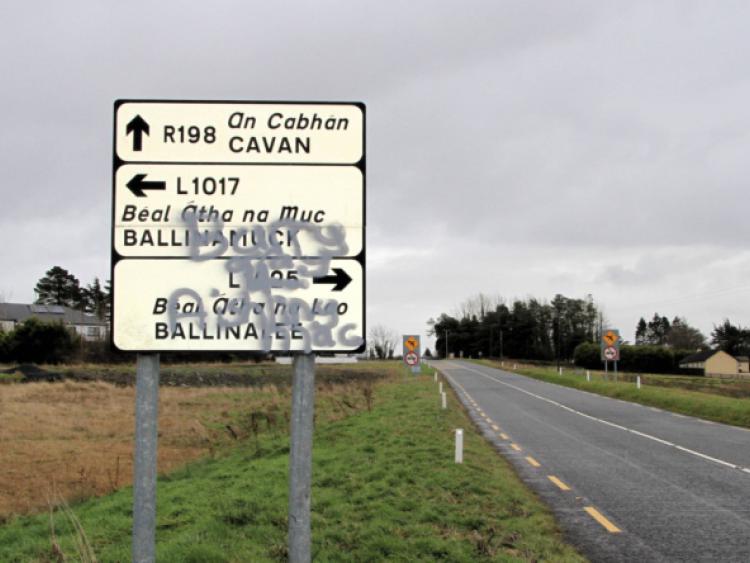 Residents of Drumlish awoke last Thursday, January 23, to find that a number of road signs in the area had been vandalised.

Residents of Drumlish awoke last Thursday, January 23, to find that a number of road signs in the area had been vandalised.

Crude words and pictures had been painted on to the signs overnight.

Speaking to the Leader, Cllr Martin Mulleady says that graffiti was never really a serious problem up until the last week or so.

“All they [vandals] are doing is causing harm,” he added, saying that not only did the graffiti take from the work carried out by the local Tidy Towns committee, but from a council perspective, it will cost money to clean, or even possibly replace the signs in question.

Cllr Mulleady says that those who carried out the vandalism are people that “don’t care about the area”.

He compliments the Tidy Towns group for the “trojan work” they do in improving and preserving the area, adding that the vandals “are not helping the cause.”

Commending the Gardaí for the work they do in the area, Cllr Mulleady urges those who witness any vandalism to report it.

“I don’t like to see it, and I don’t think anyone in the village likes to see it” he concludes.