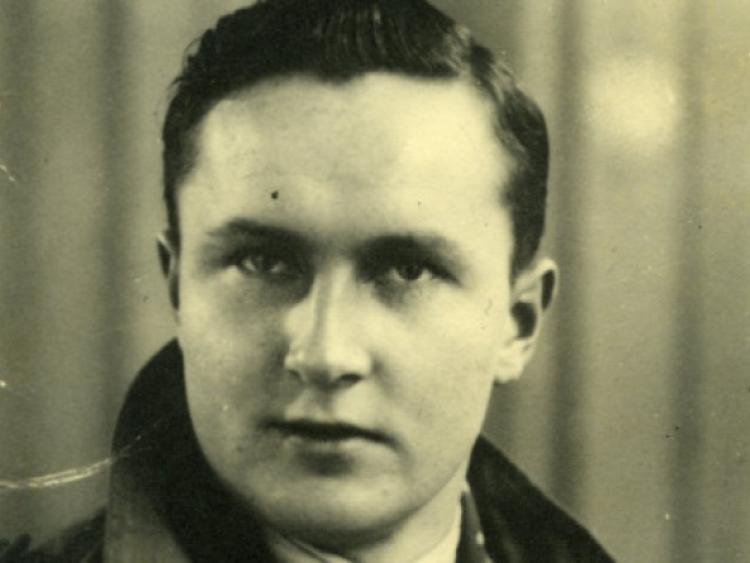 In the early hours of January 9, 1943, Sailor Patrick Brendan Baxter from Prospect House, Longford, and thirteen of his shipmates died when the oil tanker SS Empire Lytton was torpedoed west of the Canary Islands. Brendan, as he was known to family and friends, was 24.

In the early hours of January 9, 1943, Sailor Patrick Brendan Baxter from Prospect House, Longford, and thirteen of his shipmates died when the oil tanker SS Empire Lytton was torpedoed west of the Canary Islands. Brendan, as he was known to family and friends, was 24.

Brendan Baxter finished his training in Gravesend Sea School at the end of January 1938 and joined the SS Antonio, a 5,200 ton cargo ship, as Deck Boy. He was 18. For a teenager never abroad before, this was to be an exciting adventure covering half the world.

Travelling via Suez and Japan, the Antonio spent almost a year away, operating around Australia and the Pacific before returning to Britain via Mauritius, South Africa and Senegal.

Brendan was on the crew of the Mauritania, Cunard’s newest luxury liner, on its inaugural voyage from Liverpool to New York in June 1939. After three months there, he took a fateful decision to leave the Mauritania on September 1, 1939 - the liner survived the war as a troop ship.

Immediately war was declared the merchant shipping services on which Britain depended for 60 million tons of food and raw materials a year, became the central target in Germany’s drive to starve that country into submission. Soon, Brendan found himself in the cockpit of the Battle of the Atlantic.

On his third voyage on the SS Dunaff Head, the ship was attacked south of Iceland by U-47, commanded by the legendary UBoat commander, Gunther Prien. Five of Brendan’s crewmates were lost. The Longford Leader of March 22, 1941 reported that Brendan, “dressed in his pyjamas just made it to the lifeboat before the ship sank” a thousand miles from land.

Eleven months later Brendan was on the tanker SS Inverarder en route from Derry to Trinidad when it was hit twice in quick succession and sank in just 15 minutes. Remarkably, there were no casualties and Brendan, showing incredible bravery, was back at sea within three weeks.

CONVOY TM1 AND THE BATTLE WITH WOLF PACK DELFIN

In November 1942, he joined the SS Empire Lytton in Belfast, a 9,800 ton oil tanker launched the previous August. His ship and three others were diverted to the Caribbean to join oil Convoy TM1. This was the first oil convoy direct from Trinidad to the Mediterranean, reducing the time required to deliver oil urgently needed to support the invasion of North Africa, which had just begun.

The winter of 1942/43 was the highest point of the Germans’ Atlantic submarine campaign. In eighteen months up to the end of December 1942 UBoats sunk over one third of Britain’s merchant fleet. In the previous three months they sunk nearly 300 ships, which seriously depleted the fleet and limited Britain’s ability to maintain essential supplies.

Convoy TM1 was a “vital” oil shipment for the allies. Despite this the convoy was grossly under-defended – one destroyer and three corvettes, one of which suffered failures in its equipment for detecting submarines. This was one of several deficiencies and failures which raise questions about the planning and tactics employed, and about decisions which let Convoy TM1 sail into an ambush which British naval intelligence knew about.

Stopping Convoy TM1 was a priority for the Germans who were aware of it from intercepted British radio traffic and, probably, lax security at Trinidad. Admiral Karl Doenitz took personal charge, deploying Wolf Pack Delfin, a flotilla of ten U-Boats, across a 200 mile stretch of the anticipated route to Gibraltar.

DECEMBER 28, 1942: Nine tankers laden with 25 million gallons of oil, aviation fuel and other military materiel, set out from Trinidad. Five were British, three Norwegian and a Panama-registered ship, with Norwegian crew.

JANUARY 3, 1943: The Convoy was spotted by a UBoat heading home from the Caribbean. Although warned of its presence by an American covering aircraft, no contact was made by the warships.

That evening, the British Vigilance, was hit and exploded, forcing the Empire Lytton to take emergency action to narrowly avoid hitting it.

JANUARY 8, 1943, 19.45 pm: (21.45 GMT) The pack began to gather and two tankers were hit, the Albert L Ellsworth, which remained afloat until the following day, and the Oltenia 11 which “sunk like a stone in about two minutes”.

JANUARY 9, 1943 3.15 a.m.: (5.15GMT) seven UBoats attacked again, torpedoes hitting the Minister Wedel and fifteen minutes later, the Norvik. The naval escorts dropped depth charges for about an hour when, according to Captain JW Andrews of the Empire Lytton, “things quietened down.”

Torpedoed by U442, the crew must have felt that the Empire Lytton, carrying 12,500 TONS of aviation fuel, was a ticking time-bomb. The torpedo went through the forward tank, and threw oil over the deck, adding to the crew’s problems in escaping, but miraculously it did not catch fire or explode. However, it was decided to stand by in the lifeboats until daylight.

At the Enquiry in Gibraltar, Capt. Andrews said that he learned from the 2nd Officer that “almost the entire crew aft had panicked, had jumped into the port after boat, and had lowered it whilst the ship was still moving at a considerable pace”. As a result, the boat capsized and everyone was thrown out.

‘Panic’ seems a harsh conclusion, considering that the crew may have expected the ship to explode at any second, as they had already seen happen to other ships.

MEN IN THE WATER

About 5 a.m. on the way back to his ship the Captain heard shouts and whistles from men in the water. As daylight broke he found them – the lights on their lifejackets could not be seen because they were covered in oil. He took twelve aboard his lifeboat and then made a fatal decision:

“My boat was now very much overcrowded with 23 men, and although I saw about six men swimming towards the boat, and heard shouts from other men, I could not risk taking in any more, so I told them I would send the other boat over to them......When within hailing distance of the 2nd Officer, I ordered him to proceed in a south easterly direction for a distance of three miles, to pick up the men in the water.”

None of the men who were in the water, most likely Brendan Baxter among them, were rescued.

JANUARY, 9, 1943, 08.00 a.m.(10.00GMT): Those who reboarded the Empire Lytton felt that they could make 6 to 8 knots, but not more than the required convoy speed of 8 knots. Consequently the crew were ordered to abandon ship again and she was still afloat when U442 returned and sunk her late that evening.

All are commemorated on the memorial to the men of Merchant Navy and Fishing Fleets who died in both World Wars, at Tower Hill in London

JANUARY 10, 1943: Four UBoats evaded the escorts and SS British Dominion was hit and burst into flames. Extra escorts arrived from Gibraltar and, eight days after the first attack, the battle was over.

Few incidents illustrate the brutality of the Battle of the Atlantic than the struggle between Convoy TM1 and Wolf Pack Delfin. Seven out of nine tankers were lost, with almost 100 sailors dead and over 240 rescued. Every UBoat in Wolfpack Delfin was sunk with all hands - about 500 sailors - within four months.

Brendan Baxter was one of five members of a well known extended Co. Longford family to serve during WW11. His older brother, James, joined the Royal Navy in 1934, served in the submarine service, was mentioned in despatches for bravery and returned to farm near Longford. The youngest brother, Charlie, who was an outstanding footballer for St Mel’s college in the last of its record 6-in-a-row titles, honoured at college, county and provincial levels, joined the Royal Inniskilling Fusiliers, contracted malaria in the Middle East and is buried in Basra, Iraq. One cousin, Charles Byrne from Abbeyshrule, joined the Royal Navy and was on the disastrous Russian Convoy PQ17 which was recently featured in a BBC documentary. Another first cousin Jack Baxter, from Mullagh House, Longford, served in the Royal Air Force in Egypt towards the end of the war. He returned to farm at Mullagh, and was a respected Longford County Council official.