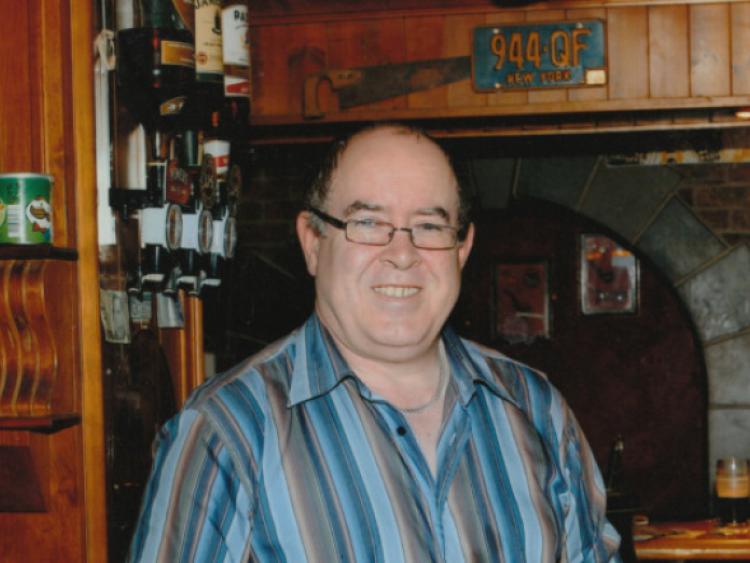 A popular barman in many establishments in the town, Billy has had to retire from Eamon Farrell’s pub after 21 years due to failing eyesight as a result of the condition Retinitis Pigmentosa.

Speaking about Billy’s retirement, Eamon Farrell reveals that he was shocked when he found out. “I couldn’t believe it. I didn’t want to believe it,” he admitted, adding “He’ll be dearly missed by all – young and old”.

Recalling some of his favourite moments from the bar, Billy laughed and said, “The best day ever I was there was when Liverpool beat United”. Eamon, a staunch United fan explained that Billy supported Liverpool, laughing “there were several times he nearly got fired for it”.

Full of praise for his customers and the Farrell family, particularly Eileen, Billy adds; “A pub is only as good as the customers”.

“We’re very sorry to see him go” Eamon said of the popular barman, whom he described as “loyal” and “the funniest we’ve ever had”.

Tickets for the benefit costing €10 are available at the bar or Eamon’s photo studio. Tickets will also be on sale on the door. The event starts at 9pm, and there will be prizes, including a 37-inch television.