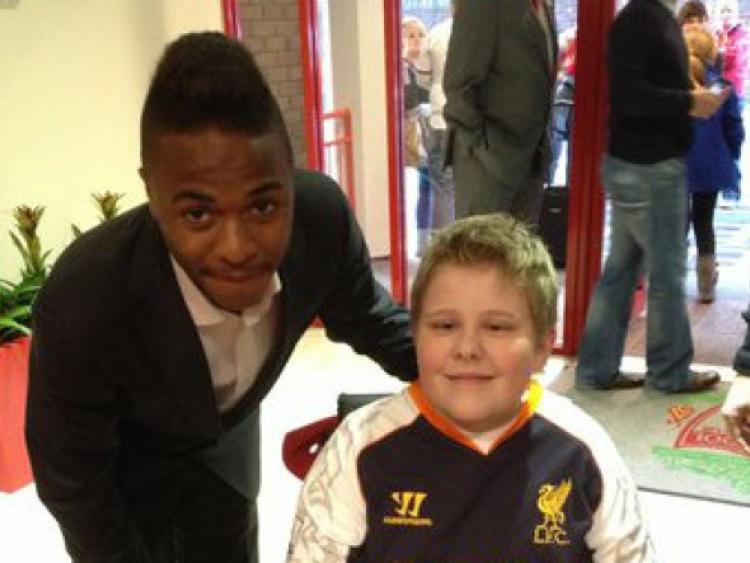 This time last year, I got to live my dream and that of every Liverpool fan when I was lucky enough to travel over and see the team play in Anfield.

This time last year, I got to live my dream and that of every Liverpool fan when I was lucky enough to travel over and see the team play in Anfield.

It’s something that will stay with me forever and has left so many lasting memories and helped ferment a few new friendships. When we pulled up outside the ground, my first thought was “somebody pinch me!”

We entered the stadium and met the operations manager, who gave us a tour and it was quite literally unbelievable. The sheer scale of the stadium was much greater than I had anticipated.

I got to meet the crew of my favourite Saturday morning show Football Focus and they even gave me a mention on the show. They were a great bunch and one of the presenters, Dan Walker, knew so many of the Irish players.

Liverpool were playing Reading that day and the atmosphere was electric. Before kick-off I got to sing the club anthem, ‘You’ll Never Walk Alone…’ What a feeling that was! I sang it loud and proud.

The game finished 1-0 to Liverpool with the all important goal coming from Raheem Sterling. After the game we were taken outside to the players’ entrance by one of the stadium staff, Steve Clarke. Steve is a larger than life personality and he really went out of his way to make the day special for me.

He is known affectionately as Big Steve, and he introduced me to many of the Liverpool legends such as Mark Lawrenson, Ron Yeats, Ian Rush, Ray Clemence, Ian Callaghan and Alan Kennedy to name but a few. To cap it all, he brought me over to meet some of the current players and these included the goal scorer, Raheem Sterling and Lucas Leiva.

I was still trying to take it all in when Big Steve said he wanted to invite me and my family back to the stadium again the next day. It was a wonderful gesture from a man who has become such a good friend now. We were given a tour of the museum where I was given the honour of holding the UEFA Champions League trophy, which the club won in 2005 and the 2012 Carling Cup.

It was an awesome experience, but the best thing to come out of the trip was my friendship with Big Steve. He never forgets his young Irish “mate”.

Last Christmas Eve, he sent me voice mails from players, the manager and legends, wishing me a happy Christmas. He has also sent me on Liverpool memorabilia and I cannot speak highly enough of him. He is a great friend and he says the players ask for me a lot which is just brilliant.

Laura and Eva and he is a Transition Year student at Mercy Ballymahon. Clearly he is a Liverpool fan! And last week he was on work