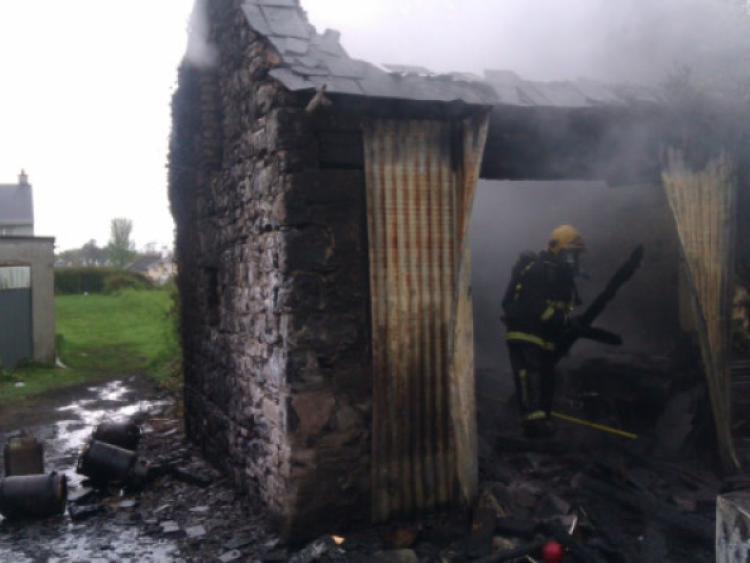 GARDAI are following a definite line of inquiry following a malicious fire that broke out at the rear of a residential area in Edgeworthstown last night.

GARDAI are following a definite line of inquiry following a malicious fire that broke out at the rear of a residential area in Edgeworthstown last night.

A Garda spokesperson confirmed to the Longford Leader that they do not believe the fire was accidental and the incident is connected to the theft of diesel / kerosene in the area.

Gardai launched their investigation after a 1,200 litre diesel/kerosene tank in a shed behind a row of houses at Pound Street in the centre of Edgeworthstown was set alight at around 11pm on Thursday night.

Two units of the fire service tackled the blaze and no injuries were reported.

However, compounding the situation for the emergency services was the presence of a number of gas cyclinders in the shed.

An elderly lady in her 90’s was living in the house closest to where the fire broke out.

The shed was completely destroyed by the fire which took some time to bring under control and extinguish, while members of the fire service returned to examine the scene again this morning (Friday).