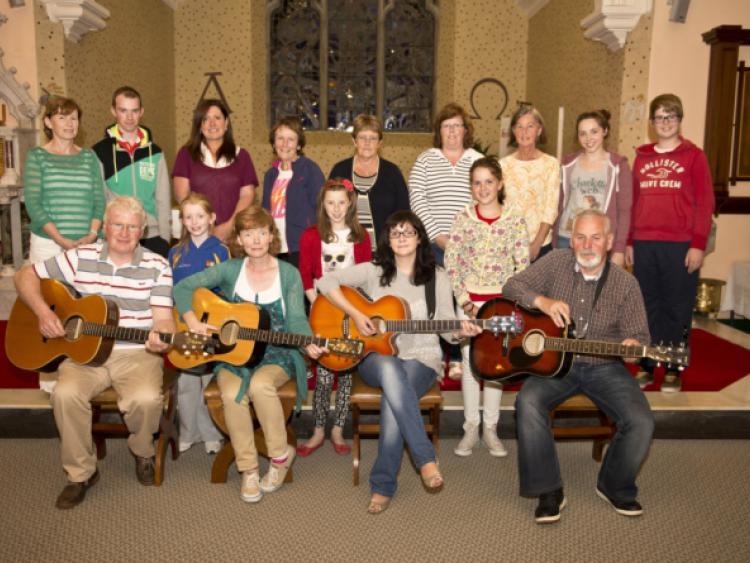 There is a well-known saying that states; “when you sing you pray twice”.

There is a well-known saying that states; “when you sing you pray twice”.

A group from Carrickedmond are taking those wise words on board, as their newly-formed folk group prepares for their debut performance at the end of this month.

Formed by members of the pastoral council, the Carrickedmond folk group are hoping to become a part of the congregation.

Speaking to the Leader, one of the key figures in the formation of the group, Margaret McGuire added “We want young people to feel more involved and enjoy going to Mass”.

For years, a choir was put together in Carrickedmond for Christmas and Easter, Margaret explains, but she felt there was a need for something more permanent. Now, the folk choir is preparing for their first Mass at the end of September, and hope to sing at Sunday morning Mass once a month from then on.

The response to the choir has been great, with a number of singers and musicians of various ages already signed up. However, the group are still keen to expand, and Margaret adds “we would love lots of new members”. The clergy in the area have also responded positively to the folk choir, as Margaret explains that Father Tiernan was very keen on the idea, and delighted that the parishioners had shown such initiative. The folk choir gathers for rehearsals in Carrickedmond Church every Wednesday from 8.30pm to 9.30pm and new members - both musicians and singers - are welcome to join at any time.