By Aisling Kiernan a 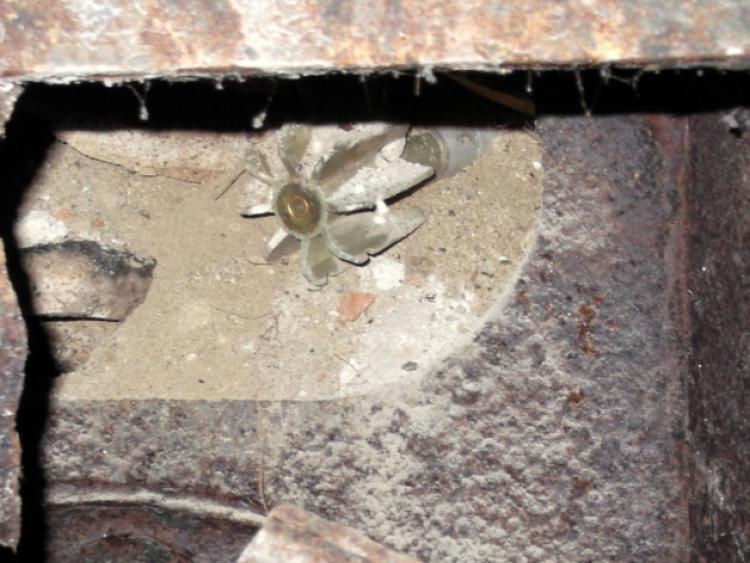 An eventful week in the town saw an eight-year-old load and fire a gun, while a builder discovered a mortar during work at Connolly Barracks.

An eventful week in the town saw an eight-year-old load and fire a gun, while a builder discovered a mortar during work at Connolly Barracks.

The events at the Barracks unfolded last Thursday morning when one of the builders engaged in the restoration, Charlie McMonagle discovered a “suspicious object” up a chimney.

The gardaí were subsequently called, and the bomb disposal unit alerted. It was later discovered that it was a “training mortar” that was found, and it had been in the chimney at Connolly Barracks for the last thirty years.

“Old chimneys always having something stuck up them,” Mr McMonagle, who has worked in the building trade for over 20 years, told the Leader. “When you work on an old stone building like we are doing here, you are liable to find anything from weapons to money or old maps.”

Having begun his day’s work, Mr McMonagle had moved towards the chimney when he noticed that something was out of place. “I thought to myself, is there a rocket there? and then I saw it, so it all kicked off from there. It turned out to be a training mortar, so it had no explosives attached to it, therefore I don’t believe that it posed any danger.”

Gardaí confirmed that while the authorities determined the situation at Connolly Barracks last week, the area was evacuated for a period of time. “The Bomb Disposal Unit took the mortar away and later determined that that it was in fact a training mortar,” they added.

Meanwhile, Nick Sweeney, Sweeney Architects said that those working on the restoration at Connolly Barracks were all participants on the new Traditional Skills Course at Longford’s EDI centre. “Both local authorities here in Longford town agreed to work being carried out on the cottages at the Barracks,” Mr Sweeney said, adding that carrying out the work required, in conjunction with the restoration course at the EDI Centre proved very useful. “This is a military site and we have discovered many things while working here; we know that at one point the buildings were used for cavalry.”