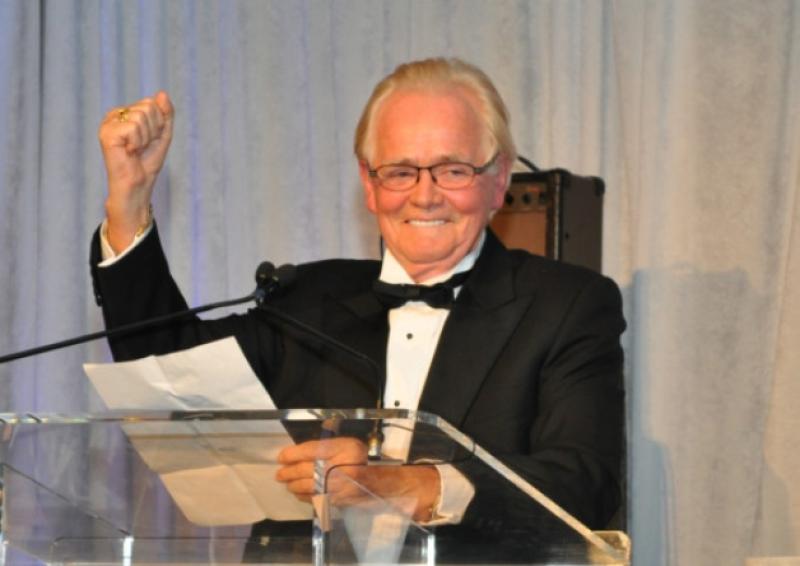 A Newtownforbes man has been honoured by a New York-based charity for his support.

A Newtownforbes man has been honoured by a New York-based charity for his support.

John Mahon was named ‘Man of the Year’ by the Frances Pop Foundation at the organisation’s Annual Friendship Ball held at the Pierre Hotel in Manhatton recently.

“John has been an extraordinarily generous supporter of our organisation since its inception”, said the charity’s founder and president, Mary O’Dowd. “He never forgot where he came from and he is always there to lend a helping hand to those in need.”

Speaking to this paper, Mr Mahon said: “I’ve known Mary and her husband Robert ever since I moved to New York. They started the charity after their daughter Frances died from cancer.

“The annual ball started out as a small event in the basement of a church in Queens, but in recent years it has really taken off.”

After starting out on the family farm when he was 14, John Mahon became a cattle trader before moving to London to work in the construction industry. He then emigrated to the USA, where he worked as barman before opening the Pig ‘n’ Whistle Irish bar with his business partner, Pete McGee.