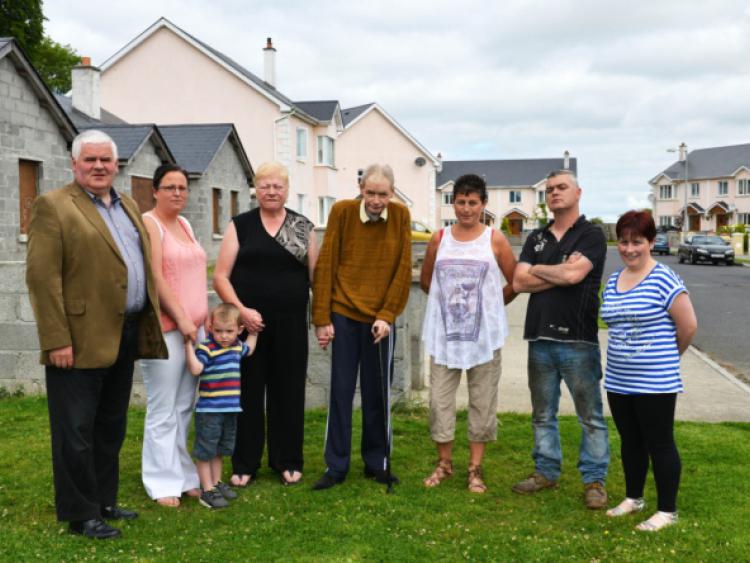 Residents at the Beechwood estate in Granard are up in arms this week over the emergence of health and safety issues in the area.

Residents at the Beechwood estate in Granard are up in arms this week over the emergence of health and safety issues in the area.

In recent weeks two children have been injured while playing - one seriously - and residents claim that four houses in the estate “owned by the banks” are becoming derelict sites that are attracting anti social behaviour and becoming “death traps” for their children.

“The estate has never been finished off properly,” Mary McGurk, Beechwood Residents Association said. “There is no lighting and the roads were never completed. Also there are approximately seven other empty houses where all the copper fixtures and fittings have been robbed out of.”

Ms McGurk pointed out that residents’ concerns began as far back as last year when one of the derelict houses became a dumping ground for fly tipping. “People were coming from all over the place and dumping their rubbish into the house and onto the grounds around it,” she said. “The children were going in there and climbing fences and playing around and one child ended up getting four stitches after she fell.”

Residents decided they had enough. They became fearful of what lay ahead for “our lovely homes with the lovestly of people around us”. So, they started to fundraise. “We had a cake sale; normally when we fundraise like that, they money is used for plants and enhancing the area,” Ms McGurk continued. “But this time we decided that we had to do something about the house where the illegal dumping was going on. From the money that we raised we were able to get in a digger, tractor and trailer and we got all the rubbish towed away. We got the site tidied up and secured and we were happy because we felt that it was no longer dangerous with the children around.”

However, no matter how hard they tried, the problems still continued for residents, and when a second child was seriously injured just two weeks ago, blood began to boil. “We just want our estate to be safe and secure,” said Ms McGurk. “We are afraid that a child is going to get killed; we would love to have a nice new green for the children to play in safely. We have to look after one another.”