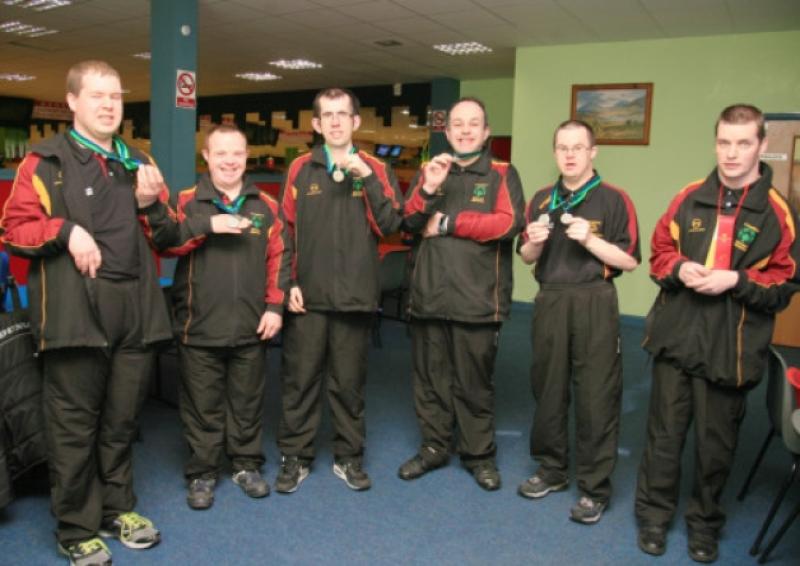 The Longford Special Olympics Club’s bowling team have set their sights on qualification for the next Summer Games, which will be held in Los Angeles in 2015, with impressive performances in national competitions putting them firmly in contention.

The Longford Special Olympics Club’s bowling team have set their sights on qualification for the next Summer Games, which will be held in Los Angeles in 2015, with impressive performances in national competitions putting them firmly in contention.

For one of the bowlers, Newtownforbes man Sean Keenan, it would not be the first time he’s represented his country in the competition. “I played football in the Olympics in China, and I played Basketball in Boston and running in Budapest,” the multi-medal winner explained. “And I’m doing well in the bowling competitions so far this year, too.”

While not as experienced at international level, his teammates are also garnering a fearsome reputation for their bowling skills. “I won two gold medals at a competition in Galway back in March,” said Declan Mooney, who comes from Tulsk in Co Roscommon. “I’ve been bowling for about six years and I’m getting better and better.” James McWeeney from Killashee added: “My highest score is 150 and I have around ten medals now,” while Stephen Browne, who is from Newtownforbes, said: “I’m playing seven years and I won the doubles in the last competition we played in.”

Liam Madden, a volunteer with the Longford Special Olympics Club, explained the group’s background: “Longford Special Olympics Club is up and running since 2006. We started out with six members, and now we’re just short of 60. The last year in particular has seen our membership increase significantly. We meet at the bowling alley every Thursday at 7.30pm, and we also have a group that goes to the Mall on Monday nights to go swimming. For many of the people here, it’s their only outlet for participating in sport, especially at a competitive level.”

No athletes from the Longford Special Olympics Club has qualified in the bowling or swimming sections before, but Liam is confident the current crop of competitors can break through. “Some of the participants are very competitive and we take part in bowling leagues and we’re also competing in the qualifiers for the Special Olympics in LA, which takes place in two years’ time,” he said. “No one in the club has qualified for the Special Olympics in bowling or swimming yet, but we have had three footballers, the Shaw brothers and Sean Keenan, and we’re hoping we’ll have bowlers and swimmers on board as well for Los Angeles.