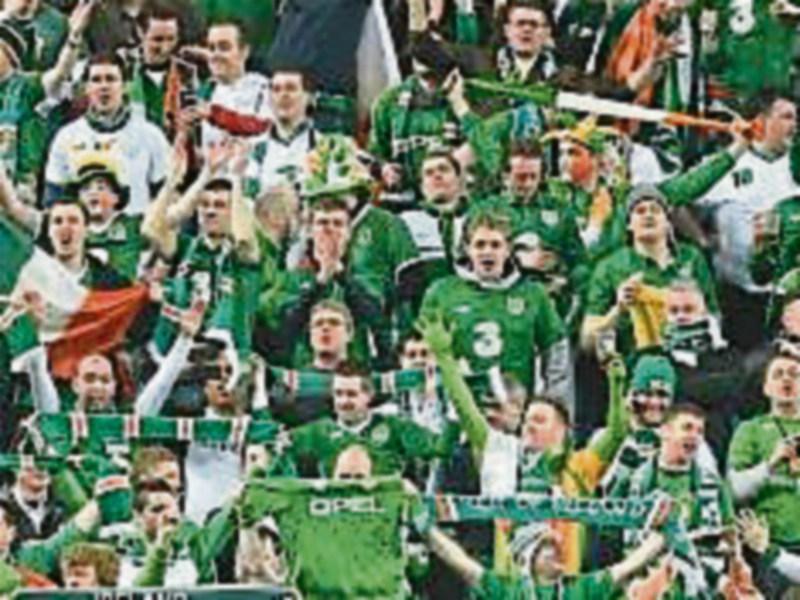 I have watched in earnest the many videos, pictures and commentary on the festivities in France for Euro 2016.

I am in no way a football enthusiast, my interests lie elsewhere - but I will admit that nothing makes the soul beam with as much pride as the Irish fans in France.

Their level of enthusiasm, support, joy and PG fun is above all others. The level of never ending support and belief to be seen in those stands ensures the status of the Irish as simply the best fans in the world.

Even in times of our worst failures, the fans never said never and kept the momentum going.

While the Ireland v Sweden match was in play, the Irish fans took a moment to honour the memory of the Northern Ireland fan Darren Rogers who sadly lost his life after falling from a cliff in Nice.

If fans from opposing teams - who were once enemies - can unite to pay their respects, then perhaps the so-called differences that once separated this great isle now only exists in memory.

Our rugby team, which is considered world class, benefits from having players from all corners of the country.

As a country we will benefit form having a stronger team - and at long last the so-called divide can be finally laid to rest.

If we had both teams united together, with the best fans in the world behind us, any future team in Ireland would be unbeatable.

The only question remains, which song to play as our anthem? Why only one? After all, the Irish are noted for singing many, many songs.