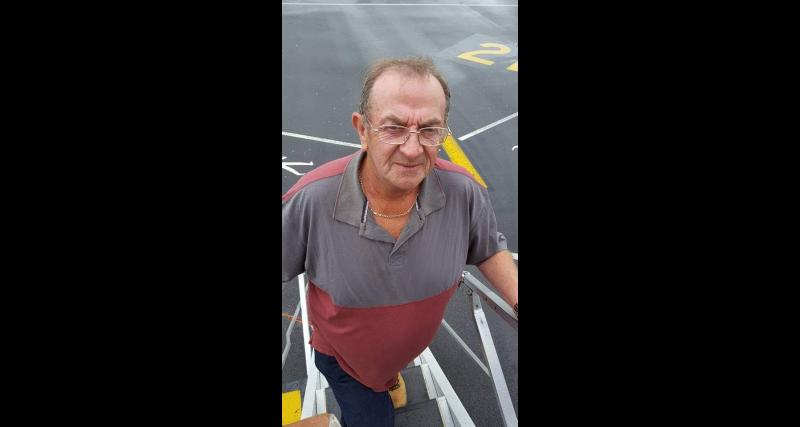 One could say that the Main Street of Lanesboro has just gotten empty and desolate when we learned of the sudden death of one of best loved residents at Portiuncula Hospital, Ballinasloe on Friday, July 30.

The news of Tony Linnane’s death brought a great shock and sorrow to the entire community. Tony, from the Green, was predeceased by his parents Mary and James, brothers Eamon, Vincent and Michael, sisters Maura, Susan and Kathleen and nephew Andrew.

He was one of the most personable people you could meet and his warm and friendly greeting and chat with local and stranger alike endeared him to absolutely everyone.

Tony had a great interest in people and loved nothing better than to stand and chat, listen to their stories and relate many local stories to them. With the parting of the ways, he always left people with a big smile.

He was an excellent painter, working with his brother Gerry before taking on the caretaker’s position at Lanesboro Primary School and spending over 30 years there.

This was a position that suited Tony down to the ground as he loved interaction with the youngsters in their early years and was excited and delighted with their achievements throughout their careers.

Tony was an avid reader and many a time you could see him passing by with an armful of books.

He was noted for his remarkable kindness and his gift giving, something his nephews and nieces can attest to – his heart was one of gold.

Tony’s sudden passing left us with a great void in our community something that will be hard to replace.

His remains were removed from Farrell’s Funeral Home on Monday, August 2 to St Mary’s Church for his Funeral Mass. Following Mass Tony was laid to rest in Clonbonny cemetery.

To his brothers Jimmy and Gerard in Longford, his brothers Pete and Johnny in Gloucester England, Kevin in Carlisle, his sisters Geraldine and Carmel, his sisters in-law Kathleen, Rosaleen, Barbara, Noreen and Simeonne, his many favourite nieces, nephews, grand nieces, grand nephews and large circle of friends, we extend our sincere sympathy.