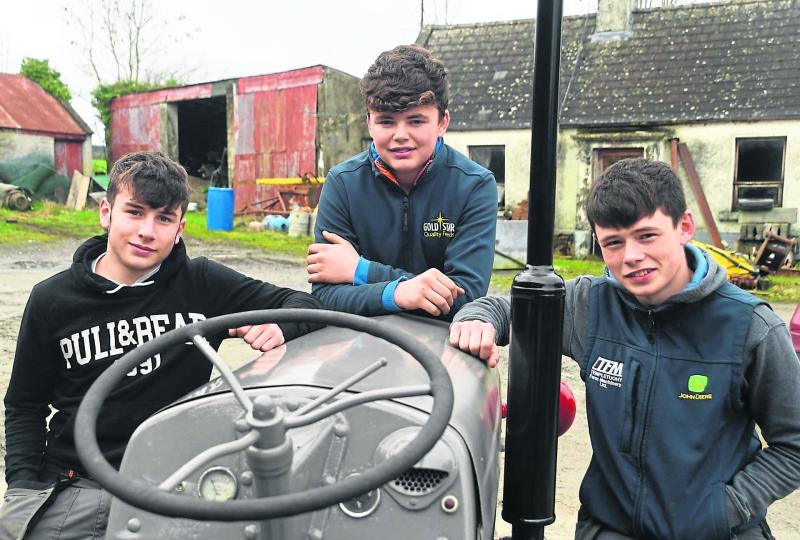 The trio were also selected as Connacht winners of the Electric Ireland GAA Minor Special Recognition Awards, in acknowledgment of their work for their community during Covid-19.

The vintage tractor, once it was returned to its former glory by the boys, was won by Mike Snype from Strokestown. They are thrilled that the Classic 4 kids cancer will remain in the locality.

The trio - Andrew Jordan, Jack Beirne and Mark Rogers – are TY students from Scoil Mhuire in Strokestown. They managed to sell a staggering 6,612 tickets all around the country, were featured on RTÉ’s Nationwide in December, and received huge support locally.

The boys restored the tractor as part of their Transition Year enterprise project, which encourages TY students to develop their own business ideas – preparing business plans and creating products or running events with a view to making a profit.

In this case, the boys decided to donate any profits made to a charity that is special to them – Childhood Cancer Foundation Ireland.

Jack is a childhood cancer survivor and has worked as an ambassador for the charity for a number of years.

He said, “Making money is part of the enterprise project but helping other kids with cancer made it very easy for me and my friends to stay motivated to make this enterprise a success.

“I was diagnosed with Acute Lymphoblastic Leukaemia (ALL) when I was three and my family spent three and a half years going up and down to Crumlin for chemotherapy.”