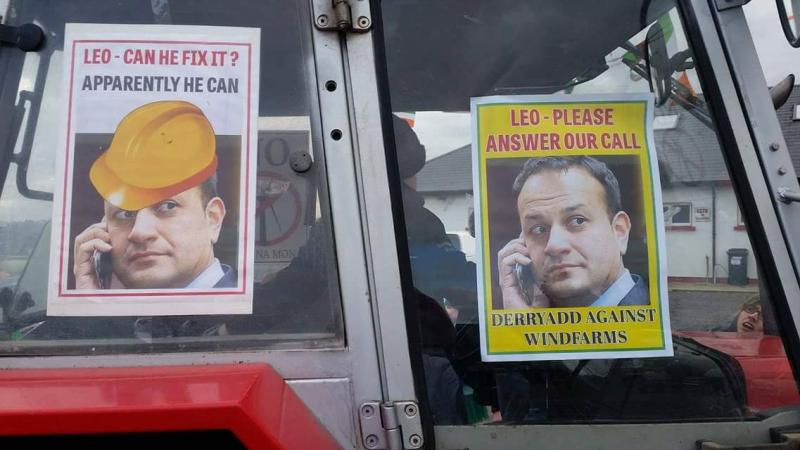 During today's colourful, Lanesboro/Ballyleague St Patrick's Day parade, 'No to Derryadd Wind Farm' campaigners pleaded with An Taoiseach Leo Varadkar to answer their call as they battle to prevent a proposed Bord na Móna wind farm development from going ahead.

Mr Varadkar, of course, while attending a St Patrick's lunch on Capitol Hill, revealed he had contacted Clare County Council seeking information about planning for a wind farm, which was close to the then businessman Donald Trump's golf course at Doonbeg.

Mr Trump objected to the construction of a nine-turbine wind farm proposed by Clare Coastal Wind Power. Mr Varadkar, who was minister for tourism at the time, said he approached the local authority after Mr Trump had phoned him directly.

Mr Varadkar told those at the lunch that upon taking the call he contacted the local county council and "endeavoured to do what I could do about it". The planning permission was later declined.

"I do think it probably would have been refused anyway but I am very happy to take credit for it if the president is going to offer it to me," said the Taoiseach.

Mr Varadkar subsequently said he had not contacted Clare County Council either verbally or in writing as Minister for Tourism. But he confirmed that he did contact Fáilte Ireland, the tourism authority, about the matter.

Following today's parade in Lanesboro, a spokesperson for the 'No to Derryadd Wind Farm' group said it was brilliant to see so many participate in their float. "Thanks to everyone who contributed and well done to all who took part in the parade."

Cllr Mark Casey, who the previous Wednesday, at a meeting of Longford County Council, proposed that a charge of €70,000 per Megawatt (MW) be imposed for non domestic wind turbines, commended the 'No to Derryadd Wind Farm' group for their parade entry.

Cllr Casey's proposal was accepted by councillors on a 13-4 vote, however, Bord na Móna insisted the decision hasn't changed their plans. 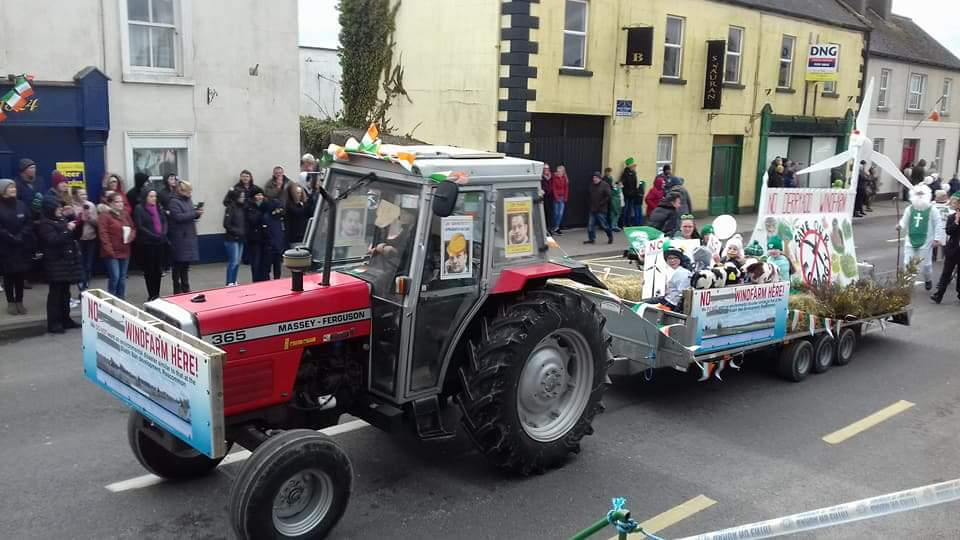