Rake the Ashes to return to Lanesboro for fundraiser gig 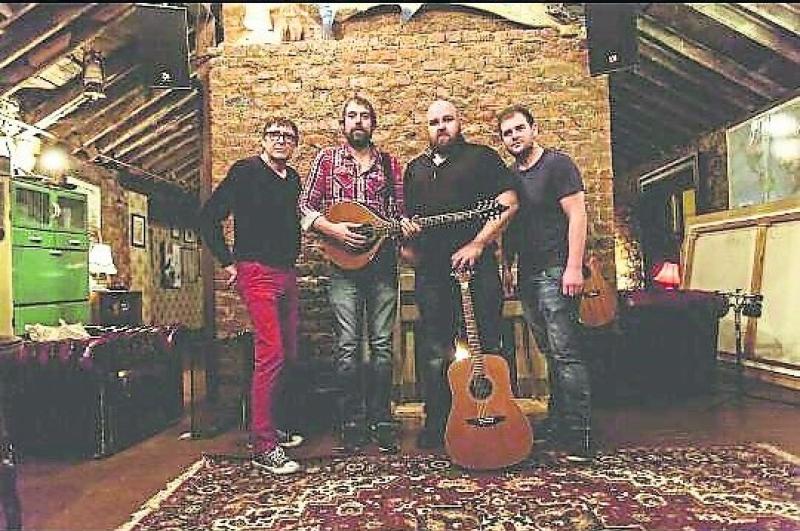 One of the best known balladeers in the country is returning to the Shannonside town of Lanesborough with his band on Friday May 24 to play in a concert that will help raise funds for a new community astro football pitch.

Frank Deffew is a member of the nationally acclaimed traditional music and ballad group 'Rake the Ashes' but spent most of his youth on the Rathcline Road in Lanesborough where his family lived. His late father Noel worked with the ESB power station in the town and was also an accomplished traditional musician.

His late mother Bridie was also a popular member of the local community. The family lived there for many years after moving from Mountmellick.

Also read: A day of family fun at the Longford Sports and Leisure Centre

Rake the Ashes are a four-piece ballad group based in Dublin. Formed in 2013 from a weekly Sunday session in Cassidys Bar on Camden Street they have gone on to wow audiences with their high energy performances of traditional Irish ballads and other Folk Classics.

They have gigged all over Ireland and have had regular gigs in Germany with tours to London and Glasgow and a headline performance on the Spike Island Stage at Electric Picnic in the pipeline. Rake the Ashes have had several live TV performances with the highlight being an appearance on the Ray Darcy Show. The lads have gathered a number of celebrity fans and can count Robbie Keane, Laurence Kinlan, Shane Lowry, Nathan Carter and The Dublin Gaelic football team among their followers.

Rake the Ashes are delighted to be supporting the New Ballyboro Astro Soccer Pitch. Frank said this week he was very happy to be playing in this 'homecoming' gig which will take place at 8.30pm on Friday May 24 in 'the round' on the floor of St Mary's Hall beside the river Shannon bridge.

"It is a very worthwhile community based project and we are looking forward to playing our part by performing in the fundraising concert," Fran said this week.

"We are delighted to have this great band playing in our town" said John Tynan Chairman of the Ballyboro football club, "the whole community has embraced our astro turf project and we are looking forward to a great night on May 24. We are very thankful to Fran and the lads for coming down from Dublin to play for us."

Tickets for the two hour concert cost just ten euros and can be purchased from Joe and Martina O'Brien at O'Brien's Corner shop in Lanesborough. Or by contacing Kevin at 086 4063584.