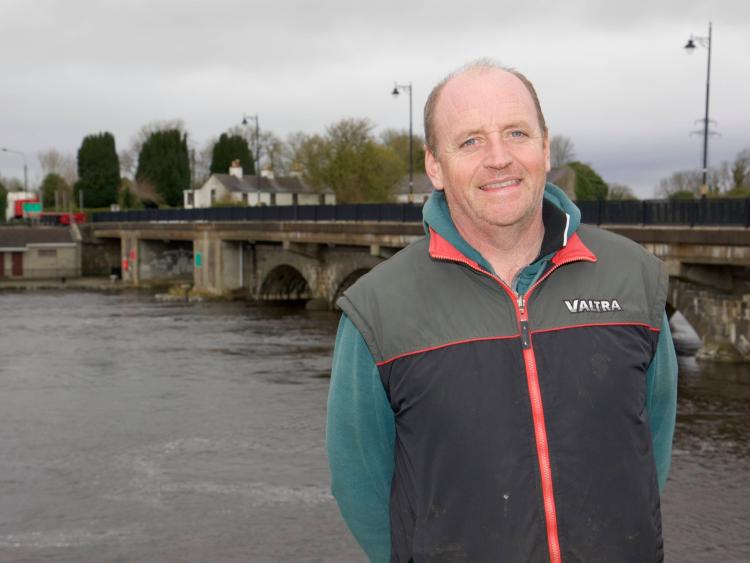 When you think of Lanesboro, almost immediately visions of the Shannon’s bounding waters interspersed with reams of angling aficionados invariably spring to mind.

This is, after all, a town steeped in the very finest of fishing and tourism traditions. Though relatively small in terms of the overall context of rural towns of its type, this vibrant and altogether charming urban locality has more than 120 different clubs and societies to its name.

If ever there was a case to be made for a community very much having to do things and getting things done for itself, then Lanesboro would invariably be it. And, unlike other pockets of the county, the town managed to stay largely devoid of Longford’s wider ghost estates problem which came with Ireland’s economic collapse of ten years ago.

Some of the leading champions behind the town’s advancement during that time believe that while progress has doubtlessly been maximised, plenty of challenges remain.

“The town has improved immensely,” said local councillor Mark Casey, when the question over Lanesboro’s current wellbeing was put to him.

“Since the undergrounding of the cables on Main Street, something which they are doing in Edgeworthstown at the minute and are copying what we are doing here, it opened up the town an awful lot and tourism has begun to move again.

“There are more boats on the Shannon now, we have our local Slingshot Gin starting up across the road.

“We have our festivals, our summer schools, our Taste of the Lakelands festivals and our Triathlon Club has 800 people taking part every year.

“It has a lot going for it. Year on year we are increasing by double digits in the Tidy Towns competition, we have a new walkway and there are plans for an amphitheatre down at the quarry.”

It’s quite a list and one which has benefited from a stable employment rate locally, thanks to the continued presence of semi states Bord na Móna and ESB. The lamented closure some years ago of the town’s former Lough Ree Arms Hotel apart, Lanesboro likewise escaped the mass business closures that came with Ireland’s recessional woes.

“If businesses closed, they didn’t close due to the recession,” said Mags Gillen, proprietor of her aptly named Mag's Hair Salon for the past 31 years.

Despite that optimism and palpable sense of expectancy, Lanesboro she confided, was not without its fair share of issues.

“When I opened up I was renting a place further up the town across from SuperValu,” added Mag.

“The main street is barely hanging on because all you have now is SuperValu, three hair salons.

“If anything ever happened SuperValu you could forget about it because people come from Newtowncashel, Killashee, out Roscommon way and the Post Office.

“They are the anchor of the town but if you take away those businesses there is nothing to hold the town together.”
Sitting across the table, Vincent McGowan, Chair of Lanesboro Tidy Towns Association, looks on, arms folded in quiet reflection.

Having left Castlerea some 22 years ago, Lanesboro has become his adopted home, a home he believes is not the one he first moved to back in 1992.

"There is no doubt in my mind the town was in a better place 22 years ago when I came here first.

“The main street was busier and you need the traffic to stop in the town.

“There is no point having a nice town for people to look at if they drive by.

“We have a huge fishing competition coming to the town later this year but there is nowhere for people to stay. There is nowhere to come and book a B&B.

“If you want to watch it come out to my workshop at 7:30am and look out the window, they are driving by.”

The orchestrator behind local firm, McGowan Metal Fabrication, Vincent is acutely aware of the labour force benefits that come with having two state-owned enterprises based in the town. It’s a reliance, though, which he and others accept could come at a price unless inroads - and significant ones at that - are made into harnessing Lanesboro’s tourism potential.

"This town needs tourism now,” he said, in no uncertain terms.

“There’s no point in talking about it in five years time, that will be too late, it’s now.

“They are not going to put a factory in here and while it would be fantastic to see that and have somewhere that would employ 2-3,000 people, that won’t happen.

“The only thing we have here we can harness ourselves is tourism. The jewel of the Shannon is what we are.”

Plans for an interpretative centre and boardwalk are two such measures, he added, which could go a long way towards addressing that deficit. Listening on, Sean Moran, head of Lanesboro’s Community Employment Scheme agreed, adding the dearth of accommodation locally was hamstringing the town’s ability to strengthen its tourism appeal to not just domestic, but international audiences.

“A hotel has been a major downfall. The whole lot will have to be lifted or we will just be left behind.

“The likes of that boardwalk is great as it will bring people in, but you need that premises because there is so much to offer in this town. Everything is here.”

Also read: Longford towns set to benefit from tourism funding of up to €500,000

The onset of an angling hub, designed to tap into Lanesboro’s diverse fishing heritage continues to make impressive headway with international competitions becoming commonplace throughout the summer calendar months. Add in the continued success enjoyed by its annual Taste of the Lakelands Festival later on in the year and you begin to wonder what all the adverse commotion is about.

Cllr Casey, though, is left in little doubt as to what those concerns and more importantly long-lasting ramifications entail.

“The biggest issue is the devastation of our tourism industry due to the wind farm,” said the Independent local representative.

“It’s critical infrastructure is what it is. It’s only when it goes up that people will see what it’s like.

“We are working tirelessly every Sunday morning picking up rubbish to try and keep the town tidy and also now you are going to have 29 monstrosities or eyesores and a big commercial windfarm in a relatively rural backdrop which will be seen from every part of Longford.”

A regular and outspoken critic of the present Fine Gael led administration, there is no denying where the blame for Lanesboro’s most pressing environmental dilemma lies.

“So when some faceless person in Dublin tells us we need windmills in Lanesboro is not the answer.”

His council colleague and government member, Gerald Farrell could be forgiven for towing the expected government line when it comes to meeting Ireland’s 2020 climate change targets. In his other guise as that of a local publican, Cllr Farrell conceded there was a growing sense of “injustice” at the way plans for Bord na Móna’s proposed Derryadd Windfarm had been induced.

“Some (locals) don’t have a view as they are that bit further away from it while others are closer to it so there would be a bit of animosity towards Bord na Móna as they feel people have given so much to it in employment down through the years, they feel they haven’t been communicating with the people on the project.”

His “unacceptable” description used to sum up the delay in the publication of new wind energy guidelines which could go a long way towards deciding the outcome of the Derryadd project is well made. That said, Cllr Farrell is what you would call a tourism addict. A long time advocate behind the need for a Mid Shannon Wilderness Park, the recent onset of €194,000 from Rural Affairs Minister Michael Ring for a new cycleway from the town to Clondra are two developments he believes could transform the area.

With the vibrancy of the town’s St Patrick’s Day parade still fresh in the memory, it’s no wonder the Fine Gael representative gives off an air of exuberance during our chat. It’s just as well considering the candid assessment he gives to Transport Minister Shane Ross’ newly enforced and rigorous drink driving laws.

“I certainly wouldn’t condone drink driving but I think older people are so isolated,” he said.

“It’s not a case of having a few drinks and then going home, it’s the fact people are afraid to drive the next morning.”

Though acceptive of the demands facing small businesses in towns like Lanesboro, Cllr Farrell said now was not the time for finger pointing or acrimony, but rather a juncture in desperate need of unity and togetherness.

“If people can stick at it, things will pick up. We are in a tourist town that we will hopefully build on the progress we have made. Hopefully that will mean a future for small businesses and for more to open over the next five years.”

Given the inroads this dynamic, forward thinking border town has made of late, let's all hope he and others like him are right.