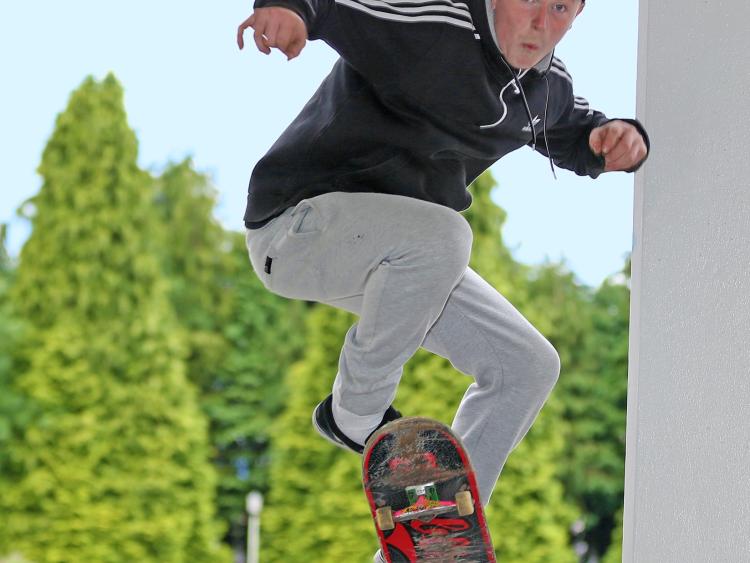 Skateboarding isn't just a few lads messing about with a board - it’s a passion, according to Longford man Daniel Keogh who, along with a few others, is pushing for the funding required to build a skate park in county Longford.

At the moment, Longford is one of a very small number of counties that doesn’t have a skatepark and those with a love for the sport are forced to travel to Mullingar, Cavan, Athlone, or even as far as Dublin just to enjoy their passion.
“Growing up in Longford, me and my friends have had to skate in places we were not wanted,” Daniel told the Longford Leader last week.
“For example, old warehouses, school yards and closed factories. We have tried to make our own ramps, ledges and grinding rails and often, after a lot of hard work creating a space, we would get into trouble and be moved on.”
There’s a huge interest in skating in Longford and so far, Daniel and his friends have received a lot of support from the people of Longford, local councillors and even the Longford Unite Project.
“We have lots of people getting on board now, helping us to campaign, from people with no connection to people who skate and who wish to see us have a place of our own, to people who are close to our families who really see how much the facilities are needed,” said Daniel, who added that the Longford Unite Project and Longford County Council have also shown support.
In fact, Cllr Micheál Carrigy put a motion to the county council which was supported by other council members.
Cllr Carrigy’s motion also suggested the inclusion of an athletics track, which would attract people of various athletic interests.
The main political supporters of the skate park have been Cllr Carrigy, Cllr Gerry Warnock and Kevin Boxer Moran TD, who have been pushing for the funding application to be done.
“Going by other skate parks that have been built, and the fact that an athletics track is also going to be added, it’s probably going to cost about €150,000 - maybe a bit less, maybe a bit more,” said Daniel.
“But we feel it will be an investment that will give back to the community. Other skate parks have competitions that bring people to your county.”
Research is ongoing to find a location that meets the specific needs and requirements for the skate park, according to Daniel.
At the end of the day, what matters to those with a love of skating is that there’s a location at which they can enjoy their sport without getting into trouble.
“Skateboarding isn’t just a few lads messing about with a board - it’s a passion. It requires skill and hours of practice to get right,” said Daniel.
The skate park’s Facebook page has really helped to spur on the campaign, with hundreds of people supporting the cause.
“It really has been fantastic and has really encouraged us to not give up, to keep pushing on. If we have to fundraise to make sure the skate park happens we will. and we know the Longford Unite Project will support us in doing that.
“Until it is actually built, we have to keep pushing. We hope Longford will carry on pushing with us. Let’s make it happen!” Daniel concluded.
To follow the campaign’s progress, see Longford Town Needs a Skatepark on Facebook.