PUNCHESTOWN TIPS: All the best bets for Day 3 at Punchestown - Thursday, April 28 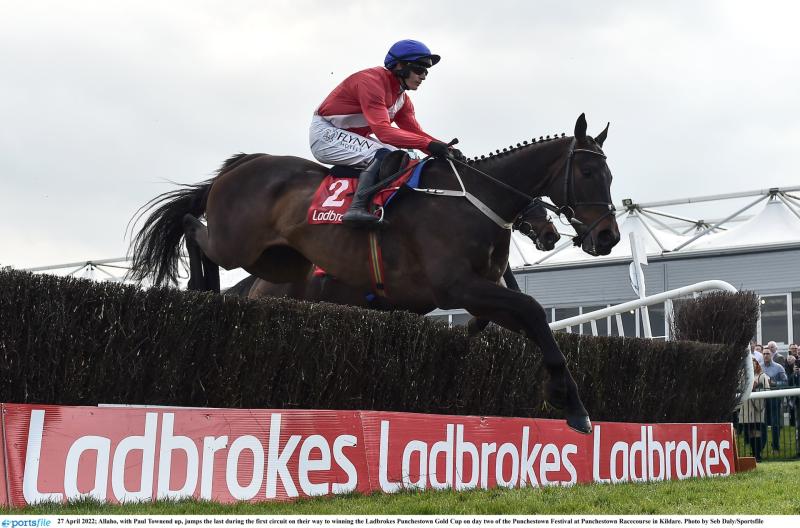 PUNCHESTOWN TIPS: All the best bets for Day 3 at Punchestown - Thursday, April 28

Day three of the Punchestown Festival continues on Thursday afternoon with an excellent eight-race card. The action gets underway at 3.40pm and concludes at 7.45pm.

The ground at the track is currently Good to Yielding and there is watering taking place at the track. The forecast is for scattered showers. We have previewed the action with our race by race guide and you can find the more tips at www.Irishracing.com

This is ultra-competitive but Magic Daze is undoubtedly a class act in this event. Eighth in the Arkle last time out, this is a drop in class and she commands respect along with Zarkareva who was behind Grange Walk last time out. Global Citizen landed a competitive handicap at the Cheltenham Festival and commands respect, but preference is for Mt Leinster who has won his last two starts and looks capable of more improvement.

The likes of Shady Operator, Singing Banjo, the 15-year-old Ballyboker Bridge are other contenders. However, Neverushacon is of interest here along with Go Another One who has shaped with promise in a couple of events of late and he is interesting in this unique test.

Selection: Go Another One

Klassical Dream was brilliant in this event last term and is respected. However, he was fifth in the Stayers’ Hurdle and there are slight concerns about his last couple of runs. Paisley Park was third in the Stayers’ Hurdle and warrants respect having made the trip over. Sire Du Berlais bounced back to form with a brilliant win in Grade One company at Aintree last time out, whilst Gentlemansgame was successful at Thurles in March. However, preference is for Thedevilscoachman. He beat Ashdale Bob in the Boyne Hurdle at Navan last time out and is open to more progression stepping up to three miles.

The progressive Macs Charm was won his last three starts and is open to more progress along with English raider City Chief who has won his last two runs, including at Ayr last time out. Capilano Bridge was a brilliant winner at Fairyhouse last time out, but preference is for Bugs Moran. He impressed at Fairyhouse on his latest start and is taken to defy a 7lb rise in the weights.

Arkle second and third Gabynako and Blue Lord both command respect, along with Saint Sam who unseated-rider in that event. However, Gentleman De Mee continued his upward trajectory when scoring at Aintree in Grade One company and he does look tough to beat in this event if in the same form.

Kapard has yet to fulfil his potential, but deserves respect along with Western Zara who has won his last two starts. However, the Willie Mullins-trained Manitopark AA looks unexposed. The six-year-old has yet to win in two starts over fences for Mullins, but remains open to more improvement now sent handicapping in this event.

Willie Mullins could hold the key in this event. Sir Argus was successful at Thurles in March, but James’s Gate looks the pick of the duo. A facile eight-length winner at Punchestown in February, the five-year-old was a brilliant third in the Champion Bumper last time out and is taken to land the finale here.