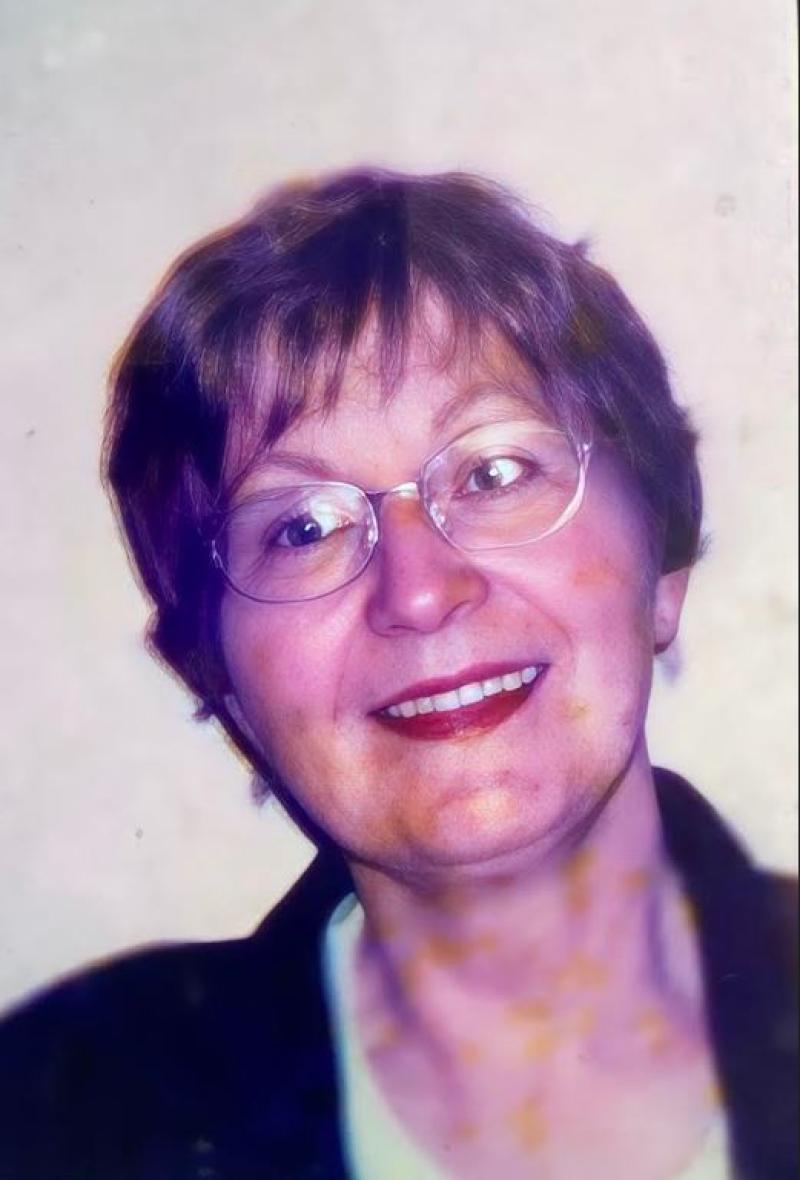 Formerly Gertie Murray from Rathcline, she was predeceased by her parents Jimmy and Ruth, sister, Pat and brother, Ray.

Even though she was in failing health her passing came as a great shock to us all. In her younger days Gertie worked for the Sisters of Mercy and the local bakery before moving to London.

She later moved back home to Lanesboro where she married her husband J.J. and settled back to living in her native parish.

Not too long ago they celebrated 62 years of marriage.

Gertie was a lady with a wonderful taste in fashion and the style of the day. Her stylish eye meant she always dressed impeccably.

Her house was always a welcoming home with the key always in the door welcoming everyone that came to call in, have a chat and a cup of tea.

Gertie was a warm and generous lady with her time until she was stricken down with a disabling illness. For someone so outgoing this proved to be a tremendous cross for her to carry.

Her deep faith gave her consolation through those trying times. Allied to the onset of inhibiting illness she was laden down with the extra cross of Alzheimer’s.

Her family, to their great credit gave her tremendous care and attention at home and it was not until the final days that she went to hospital. Their dedication and love had to be seen to be believed during all this time.

Her remains reposed at her residence in Knock until her removal to St Mary’s Church on Friday, September 9 for the Mass of the Resurrection followed by burial in Clonbonny Cemetery.