'They will be with us forever', say heartbroken family of "inseparable" siblings who died in Westmeath car fire 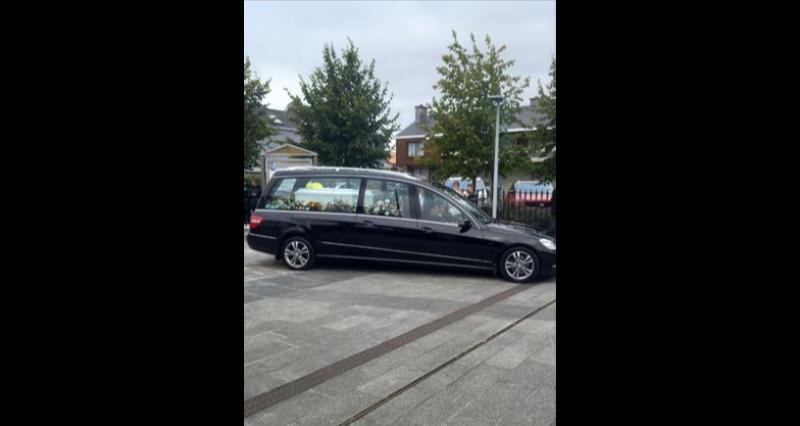 An eerie silence hung over Longford town this morning as a single white coffin carried the remains of two “inseparable” children into St Mel’s Cathedral following their deaths last Friday in a car fire in Co Westmeath.

Thelma (5) and Mikey (2) Dennany died when the car in which they were travelling in with their mother Lynn Egar, was found ablaze in the townland of Lacken outside Multyfarnham, Westmeath shortly before 4pm.

A passing motorist managed to pull Ms Egar and Mikey from the vehicle, but medics were unable to save the toddler who later passed away at Mullingar’s Midland Regional Hospital.

Ms Egar was airlifted to hospital where she remains.

Tragically, the remains of Thelma were found inside the car and later removed to the Midland Regional Hospital in Tullamore.

A large crowd of mourners gathered outside the cathedral ahead of this morning’s funeral mass to pay their respects to the tragic siblings.

Floral tributes carved into the shape of a unicorn and tractor accompanied the hearse as it arrived outside the cathedral’s front doors.

Inside, mourners were told of how the pair shared an unbreakable bond and zest for life. 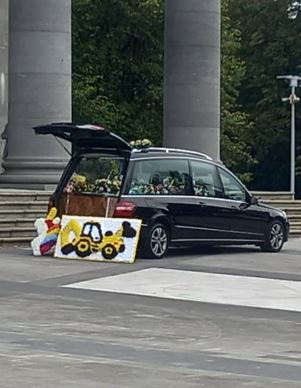 “They were inseparable in life.  In the words of their Dad Michael – the only thing that separated them was school as they went their separate ways each morning.”

Fr Casey, who spoke of his own “privilege” in being able to baptise the pair, revealed how Mikey just days earlier had joined his older sister on the football field following training.

“Mikey always came to watch her training from the side-line.  On Saturday week last he ventured onto the pitch for the first time to join her in the sport she loved.

“They loved to run and laugh and, feel the wind in their hair and to pick wild flowers.”

In a poignant twist, two fishing rods Thelma and Mikey had been eagerly looking forward to experimenting were among a clutch of symbols brought to the altar by family and friends.

Two colourful art pieces created by the two siblings were likewise offered up by teachers at Saint Cremin’s NS Multyfarnham and Toddlers and Waddlers Pre-School, Rathowen where both were enrolled.

Fr Casey said many were still at a loss as to how the lives of two such bubbly and loveable children could be lost just hours after both had attended their respective school and preschools.

“We do not know how this tragedy occurred, what happened on that lonely road on Friday,” he said.

The local priest also read out a statement on behalf of the family at the end of mass.

“We want to thank everyone for helping us to say farewell to Thelma and Mikey,” he said. “We use farewell because with the memories they left us with through their short lives and infectious smiles.

“They will be with us forever.”

Following funeral mass, the remains of Thelma and Mikey were laid to rest alongside their grandfather Austin Dennany inside the grounds of Cullyfad Cemetery.