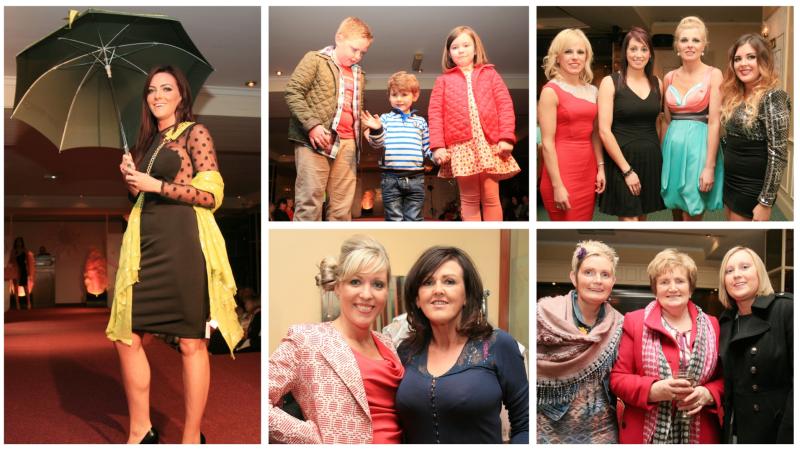 After a nine year gap the St Joseph's Care Centre Fashion Show is set to make a fabulous return of glitz and glamour and all in the name of a very good cause.

This is the fourth run down the catwalk for the charity event: “We haven't had one since 2013,” Trish McKeon a clerical officer at St Joseph's and one of the co-ordinators of the show tells the Leader, “Way back in 2009 we had a meeting. Our Director of Nursing, Brid McGoldrick, was on of the team that suggested we raise funds for the patient comfort fund.”

After some serious brain racking the plans for the Fashion Show started to hatch: “I remembered my mother going to Fashion Shows in the Annally Hotel years ago, it was a real girlie night out. I mention it to a few of the here in St Joseph's and everyone was so up for it.”

It was an auspicious start for the Fashion Show as it raised €11,000. Fashion and socialising was a heady combination very appealing to the target audience. Add the worthy cause that connects with so many people and that appeal is magnified.

The popularity of the event was confirmed in a recent Leader trip “Down Memory Lane”. It featuring photographs from a 2011 show where crowds flocked to the Longford Arms Hotel for the fashion extravaganza.

“It was crazy. The first one was in the Annaly Hotel,” Trish recalls, “before it started, at around 8pm, people were queueing out Grafton Court, past Supermac's, down to the Ulster Bank. We were overwhelmed with the support. We knew it could go either way, there could have been just two people, or two hundred. We didn't anticipate the response.”

It's no surprise people want to support St Joseph’s Care Centre. Longford’s principle health care facility stands on the site of Longford Workhouse, that later became the county home. The pall that hung over the institution from its 1842 origins have been transformed to an establishment now synonymous with caring.

The Patient Comfort Fund at St Joseph's is the beneficiary of the show, a cause people like to support: “It's all about local. Everyone chips in together; from models to those donating spot prizes. Even now we are having people giving €50 and €100 sponsorship from businesses and councillors. Before it even starts people are getting behind it.

“There isn't a person in Longford who doesn't know someone in it, or had relative or friend avail of St Joseph's Care Centre. The fund is so important for patients. They get days away, even something as simple as going to the Mall or Glendeer Pet farm, or a visit of the ice cream cone van on a hot day,” Trish says.

The show is very much a show. Stalls, raffles and general fun are all part of the evening: “One of the highlight of the last show was when, just before the interval, some of our residents came out and strutted their stuff. Everyone started clapping and cheering.”

Trish dismisses the notion this is just a “girlie night”: “We have a number of male models on the night. Eddie Valentine, David Donnelly, Paul Trueick, our on site GP, and Barry Gilleran will all take to the catwalk. We have fashion for both men and women and it's very much a mixed crowd.”

MC on the night will be Benny O'Brien. Trish thanked many people for supporting the organisation of the event, including Orlagh Reynolds in the Longford Arms, Fenelon Engineering, Frank Kiernan, councillors, local doctors, dentists and opticians:

“It's amazing how much people like to support us,” Trish concluded.