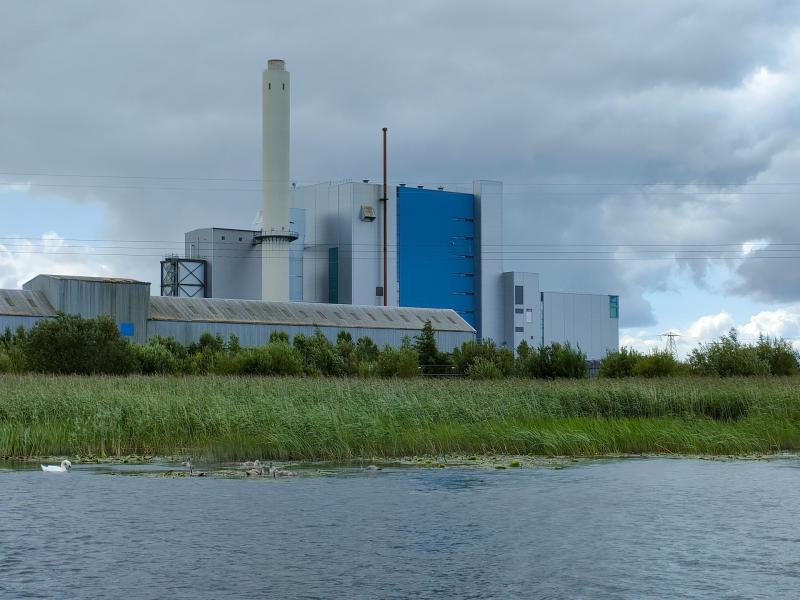 The peat-fired power station in Lanesboro is no longer operating

TAOISEACH Micheal Martin has promised a substantial package of aid for the public at a time of unprecedented rises in energy prices.

Speaking in Shannonbridge at the launch of the Lumcloon Energy battery storage project, Mr Martin said the Government will be discussing a possible windfall tax, energy security and the “pricing issue”.

He all but ruled out reopening the closed peat-fired station in Shannonbridge, along with the other decommissioned one in Lanesboro, Co Longford.

“That doesn't seem possible,” said Mr Martin. “We're working with Eirgrid [and] CRU (Commission for Regulation of Utilities). We've already sanctioned the procurement of emergency generation for next winter in particular. Eirgrid are working with many of the users. The legalities of licensing and all that is extremely complex and I know that from the emergency procurement we've had to enter into to safeguard for next year.

“We still believe the biggest challenge we face this winter is the price issue. The price is just at a level that no one anticipated and certainly will demand an exceptional Government response in the coming weeks in terms of the budget.”

The unrelenting surge in the cost of living and fears over possible electricity shortages has prompted a government minister and Longford-Westmeath TD to raise the prospect of re-opening Lanesboro's closed power station.

“There's ongoing discussions in Government in terms of the budget, alleviating pressures on people and the best way of doing that which in some instances making sure we can get funding to people, to schools and to certain enterprises that are undoubtedly impacted by the exponential growth in prices,” said Mr Martin.

Energy use will be reduced in public buildings but “we all have to work together to reduce energy demand”.

Mr Martin added: “The Government will be assisting people and will be helping people in terms of alleviating the cost pressures on people. And we have to do that through supports like we did last year.

“This year we have both a cost of living package parallel with the budget which will be once-off in terms of its application for this year which will help, people, households, particularly families. Then the budget itself will also deal as best we can with childcare and education. Schools, in terms of capitation, will need supports.

“We will go as far as we possibly can in terms of both the resources we have and also to ensure we don't make the inflation situation worse.

“It will be a substantial package. It has to be because the price levels are at a level that no one has experienced before, not even in the 1970s and it is principally because of the decision by Putin to weaponise energy.”

“I'm a very strong enthusiast for doing everything we can within the resources we have to incentivise the purchase of EVs for example, and also in terms of facilitating retrofitting. There's been a 300 per cent increase in applications for the retrofit grants that have been announced and we will continue to review that in terms of affordability for people. But many of the companies that are involved in retrofitting have witnessed very, very strong demand and growth,” he said.

Judge Bernadette Owens has been appointed the new sitting judge for counties Longford and Westmeath, the Leader can exclusively reveal.

He rejected a suggestion that only those on high incomes can afford to improve insulation in their homes.

“We have clear policies for those on low incomes in terms of retrofitting and in local authority housing there is direct retrofitting taking place where the State provides the solution and the State pays for it.”