UPDATE: Additional Longford school bus tickets will only be issued once "extra buses and drivers are sourced", say department chiefs 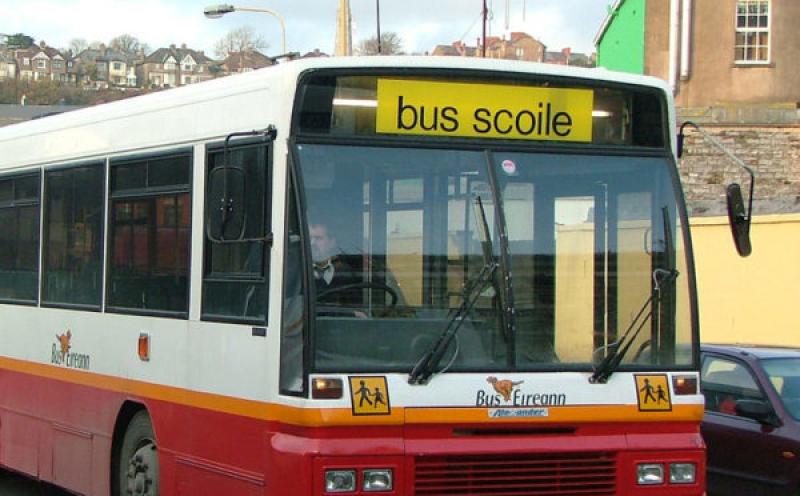 Anxious parents still waiting to learn if their children will be issued with school bus tickets have been told by Department of Education chiefs additional places will only be allocated once "extra buses and drivers are sourced".

Several families across the county are still nervously waiting to learn if they will be allocated school bus places for the forthcoming academic year.

Those fears, as revealed on the front page of today's (Wednesday's) Longford Leader, has forced some households into forking out hundreds of euro on private transport.

Bus Éireann has said it has received an "unprecedented" 130,000 applications for school bus tickets by the July 29th deadline, with some 44,300 of these from first time applicants.

The Leader, despite a number of attempts, was unable to make contact with both the department and Bus Éireann ahead of going to press yesterday.

However, a department spokesperson has since replied, saying Bus Éireann was pressing ahead with processing as many applications as possible.

"Bus Éireann will continue to process applications and to issue tickets as soon as extra buses and drivers are sourced and become available to provide transport for the higher numbers qualifying for the service," said the spokesperson.

"However, regrettably the unprecedented numbers of new applications for the upcoming school year, has led to some delays in issuing tickets.

"Bus Éireann is continuing to work through remaining applications and families will be contacted as further information is available."

In replying to a question from this newspaper as to how many families in Longford were still waiting for applications to be processed, the department said it was "not possible" to provide an accurate figure.

The spokesperson also revealed a review of the School Transport Scheme, started in February 2021, had yet to be concluded.

"It should be noted that the Department commenced a review of the School Transport Scheme in February 2021," added the spokesperson.

"The review is being conducted with a view to examining the current scheme and how it currently operates, its broader effectiveness and sustainability and that it adequately supports the provision of services to students and their families.

"The review encompasses the School Transport Scheme for children with special educational needs and the primary and post-primary School Transport Schemes in terms of how each element of the schemes currently operate, to include eligibility criteria, trends, costs and cost drivers, and overall effectiveness in meeting the objectives of the schemes.

That review comes on the back of concerns aired by local politicians about both the route selection, age profile of drivers and criteria under which families can apply to the scheme.