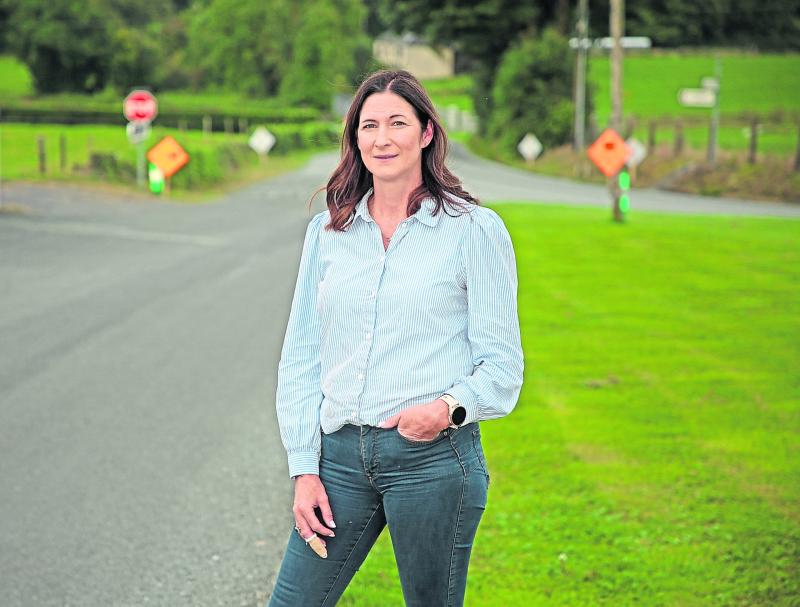 Longford parent Mary Keenan says she has been left with no option but to fork out in the region of €1,600 in private transportation costs as the row over the State's school bus ticket controversy

A Longford parent has told of how she has been left with no option but to fork out over €1600 a year on private transportation costs as the fallout from the State's school bus ticketing controversy intensifies.

Mary Keenan said despite receiving two ‘concessionary’ bus tickets in the post last week for her two children, she was facing up to the reality of paying over €500 for each school term to private bus operators.

She blamed the issue on an internal Bus Éireann ruling which determined her two children’s choice of secondary school to be outside a designated catchment area.

According to that directive, both her 17-year-old son Killian and 14-year-old daughter Caitlyn should be attending schools in Longford town and not Mercy Ballymahon, where both are presently enrolled.

Mary said the decision by Bus Éireann, who run the School Transport Scheme on behalf of the Department of Education, to issue two concessionary tickets were meaningless in light of how a local school bus route servicing Ardagh was structured.

She said Bus Éireann chiefs had advised that both Killian and Caitlyn fell within the Longford catchment area, forcing her into having to look at alternative transportation solutions.

“When I applied for them both I was initially told that Caitlyn should be going to the Convent (Scoil Mhuire) and Killian to the Tech (Templemichael College),” she said.

“Why should they dictate to me where my kids go to school?”

Mary said her work commitments and inability to pick up and drop off her two children at the school route’s designated assembly point less than three miles from her front gate has left her with no other choice but to seek private transport for her children.

“I can’t guarantee I will be back home from work by then.”

Mary’s plight comes amid growing pressure on Education Minister Norma Foley and senior Bus Éireann bosses to resolve a crisis that has, and continues to affect scores of families across the county.

The fallout emerged after government chiefs agreed to waive school transport fees for the coming year as the country battled an ever intensifying cost of living crisis.

That coincided in an unheralded number of applications for bus tickets with almost a third coming from first-time applicants.

Other parents, meanwhile, have called into question the workings of a School Transport Scheme many believe is in need of urgent reform.

In nearby Legan, local man Jimmy Doherty told of how his 16-year-old son Matthew had been left with no alternative but to depend on the goodwill of local bus operators after deciding to “take a chance” and avail of the bus on Monday without a ticket.

“He's always had a ticket until this year,” said Jimmy.

“It's 21km to Ballymahon from our house and what makes it worse is the bus passes our front door. There was only three kids on the bus this morning (Monday) when he got on it.”

The 55-year-old revealed how he has been in regular contact with both local Cllr Paul Ross and Junior Housing Minister Peter Burke in a desperate bid to force school transport bosses into a u-turn.

Jimmy said the current format in how routes and concessionary tickets are issued made little sense at a time when fuel and energy bills are at inordinately high levels.

“Unless something happens we will have no choice,” said Jimmy, when asked about whether he would have to contemplate driving his son to and from school.

“It's the hassle of having to get up and out in the morning and then to go and collect him when the bus goes right past our door, it's just stupid,” he said.

Attempts by this newspaper have been made to put a number of questions to Bus Éireann, but at the time of going to press, no response was forthcoming.