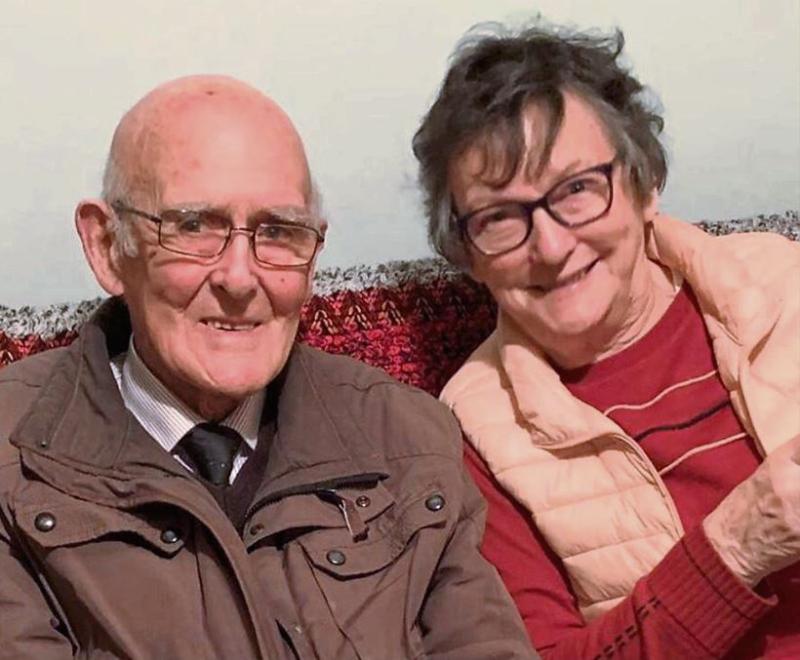 “Live your life and deal with things as they come up”-the simple, yet informed words expressed by Edgeworthstown couple John and Anna McGerr as the pair explained the secrets behind 60 years of wedded bliss this week.

John and Anna (nee Hughes), formerly of Ringowney, marked the occasion in Aughafin, Edgeworthstown, surrounded by family and friends at their home at Aughafin last Sunday.

It may have been a low key celebration some six decades later, it was one the happy couple rejoiced as memories were relived and reminisced in equal measure.

According to their son, John, who is one of the couple’s nine children, the husband and wife team met during the 1960s while John plied his trade as a farmer and Anna worked as a national school teacher in Cooley, Co Louth.

“We tried to get that out of them yesterday,” said a facetious sounding John when asked about what his parents had pinpointed their long-lasting marriage on.

“They weren't very forthcoming though. All that was said really was to live your life and deal with things as they come up.

“They would have been very active too in gaelic football, Macra (Na Feirme), community games, pantomies and a lot of stuff around the parish too.”

It was also revealed how the pair had been key members of locally based committees that would also go on to publish two books on Edgeworthstown's local history.

The couple would later go on to celebrate their marriage on August 21, 1962 at the Longford Arms Hotel.

Messages of appreciation and thanks were extended on the pair's behalf to all those who wished them well in reaching their 60 year milestone together.

Both John and Anna’s many family and friends this week wish them all the very best of health and happiness following last weekend’s diamond anniversary celebrations.