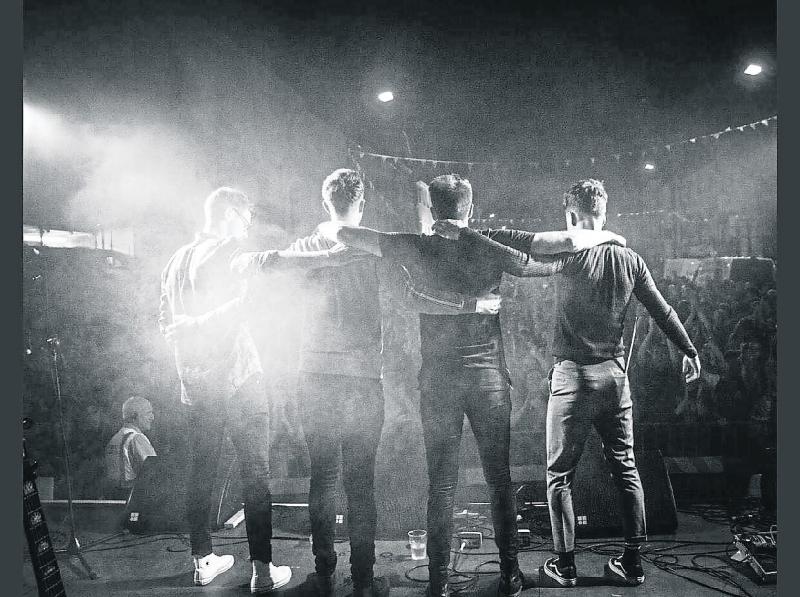 Wikipedia says on May 8, 2020, Brave Giant announced on social media their disbandment after nine years together. Of course, Wikipedia isn't always right.

Anyone who experienced the unadulterated joy of a Brave Giant audience will know how passionate those fans are about their band. The decision to leave that behind was precipitated by a global shutdown, but Brave Giant were prevented from formally marking their conclusion by those restrictions.

“It's been a little bit of a long goodbye because of Covid,” Podge quotes Raymond Chandler in advance of their concert on Friday, August 19 next, “We always intended doing a farewell show, it is great to be able to do it at home at the Marquee, where it pretty much began for us. It was the first big gig we did back in 2014. It's nice to sign off there as well. ”

The band's decision to call it a day was not one that came easy: ““Going cold turkey was very hard. It's difficult to match the euphoric energy we got from audiences when we were playing. When we started off we never anticipated getting as far as we got.

“Every big gig we got to do was mental. Then we went further afield, have audiences still singing your songs back to you, that was quiet surreal. It was hard to move away from that, but Covid forced our hand on it. It will be great to live that again next Friday,” Podge said.

Not all the stories racked up over Brave Giant's nine year life will be suitable for the grandchildren: “There's a lot I will tell them, but there's a lot I won't tell them,” the lead vocalist laughs, “the things we ticked off our list as we went along were incredible. At our peak we had about 28,000 monthly listeners, over the last six months that's increased to 42,000. It's not a huge figure, but given we have not released any new material in the last two years it's amazing to see people just finding out about us. It's also great to have the support of our long time fans.”

This may be the band's formal goodbye, but music is still part of the four lads future: “We will never say never, but for now this is closing the book on it. There are other avenues we want to explore. Ross and Emmett had releases of their own music during Covid, very different to Brave Giant music. It is all still a part of our lives, just not to the extent it was. We are still four very good friends and it certainly did not end on a bad note.”