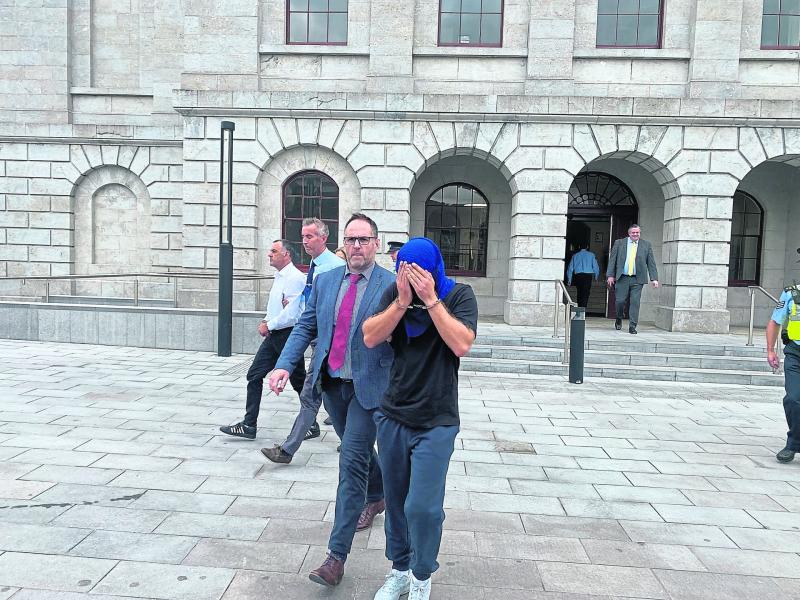 Two men at the centre of the largest drugs seizure in county Longford were denied bail when they came before Judge Patricia Cronin at a special sitting of Mullingar District Court on Sunday.

The two men face charges in connection with the seizure of €8.4 million worth of cocaine at Abbeyshrule aerodrome were remanded in custody.

Tim Gilchrist Jr (54), of Mavis Bank, Newrath Waterford, and Michal Luczak (41) of Primrose Avenue, Jigginstown, Naas, Kildare were before Judge Cronin charged with possession of cocaine and possession with intent to supply.

Garda Liam Mangan gave evidence of the arrest, charge and caution of Tim Gilchrist Jr. The defendant was brought to Ashbourn Garda station in Meath after his arrest and made no reply when cautioned.

Garda Mangan said the Director of Public Prosecution Direction's (DPP) directions were not yet available. Solicitor Maurice Regan acting for Mr Gilchrist Jr said his client was not making an application for bail. Judge Cronin remanded the defendant in custody to appear before Mullingar District Court on August 11 by video link.

Mr Regan said no bail application would be made on that date. The solicitor asked the court to consider his client has a number of health conditions, saying they should be addressed and the appropriate medical attention be made available to Mr Gilchrist Jr by the prison service.

Noting the defendant was in receipt of illness benefit Judge Cronin granted legal aid, requesting the presentation of a statement of means.

Detective Garda Ivor Scully gave details of the arrest of Michal Luczak. The officer said he also executed a bench warrant on the defendant on the morning of Sunday's court sitting.

Detective Garda Scully said the State was objecting to any bail application by the defendant under O'Callaghan rules. The grounds for this were the seriousness of the charge, the weight of evidence and the fact he believed Mr Luczak was a flight risk.

Detective Garda Scully outlined details of the evidence. On Thursday, August 4, 2022 an investigation by the Garda National Drugs and Organised Crime Bureau (GNDOCB) into activity by an organised crime group to import a controlled drug brought them to Abbeyshrule aerodrome.

A Cessna 182 light aircraft had flown from France without giving any information on the flight plan to the relevant authorities.

When the plane landed at Abbeyshrule the investigators observed as six heavy duty black bags were removed from the aircraft into the vehicle of Mr Gilchrist Jr.

The two men drove off in separate vehicles and when Mr Gilchrist Jr's vehicle was stopped at Lough Owell it contained the six bags, three in the boot and three in the rear of the car.

The bags held 20 green wrapped blocks, containing 120 kilograms of cocaine valued at €8.4m. Mr Luczak was stopped and arrested for his involvement.

Detective Garda Scully said the State had concerns the defendant's access to resources made him a flight risk. The officer pointed out Mr Luczak paid a significant sum, estimated by Garda to be €25,000, for a one sixth share in the light aircraft.

Solicitor Paddy McGarry acting for Mr Luczak said his client paid €20,000 for his share in the plane and his mother, who resides in Poland, assisted him in making the payment.

Other factors highlighted by the officer included the defendant's four previous bench warrants over two years and that further charges may come before the court.

Sergeant Kevin O'Brien put it to Judge Cronin the defendant was “caught red handed” and stated the Garda seizure was “a massive loss to the organised crime group”. Sgt O'Brien suggested to the judge that the accused could commit further crime to recoup those losses.

In his application Mr McGarry asked the judge to consider the length of time it would take to bring the prosecution before the court. He said if Mr Luczak was denied bail he could be in custody for years before the matter was heard.

The solicitor pointed out his client was interviewed five times between his arrest on Thursday and being brought before the court on Sunday and protested his innocence at all times. He said Mr Luczak had no knowledge of the drugs.

Mr McGarry told the court the defendant is living in Ireland for the past 17 years. His wife was present in court to support him. The couple are still married, but separated, and have two children in school.

The solicitor stated there were no drugs in Mr Luczak's car, there was no DNA evidence linking him to the drugs, and his client was checking the aircraft when the bags were removed from the plane.

Addressing flight risk concerns Mr McGarry noted Gardaí have his client's passports and pilots licence. Sgt O'Brien said possession of the pilot's licence did not prevent Mr Luczak from flying, adding: “There are no traffic cops checking licences in the air.”

Mr McGarry told the judge his client's house was raided by officers after his arrest and there was “no significant signs of wealth”. He said the accused studied law in Poland for four years before he came to Ireland. Though previously employed the defendant is now on social welfare.

Having heard the details Judge Cronin denied the bail application saying: “I accept Mr Luczak enjoys the presumption of innocence, however the threshold of the Garda objections under O'Callaghan rules has been met. The fact that he has four bench warrants is also something the court has to consider. There are no conditions I can attach to counteract the State's concerns.”

The defendant was remanded in custody to appear before Mullingar District Court on August 11 next for DPP directions.