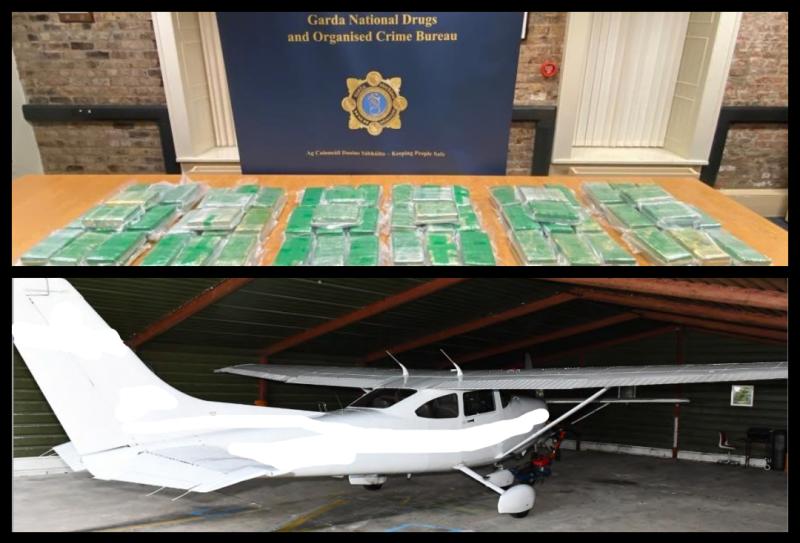 Two men are to appear at a special court this morning charged in connection to the seizure of almost €8.5m worth of drugs which was allegedly flown into Co Longford on a private plane last week.

The two men, aged 54 and 40, had been held at Ashbourne Garda Station following their arrest on Thursday evening.

Detectives believe Abbeyshrule was used by a transnational organised crime gang to land a substantial quantity of drugs into the country.

On Thursday evening, Under Operation Tara, two cars were stopped in the Lough Owel area of Co Westmeath shortly after 6pm.

In one of the cars they found six hold-alls and one suitcase, with 120kg of cocaine wrapped in green tape, which is estimated to be worth €8.4m.

The drugs were produced in South America and smuggled into Europe. They were flown to Longford on Thursday in a Cessna light aircraft, before they were transferred to a waiting car.

That resulted in follow-up searches being carried out at houses in Naas, Co Kildare, and Waterford city, and at the airfield, where the aircraft was seized.

In total, 120 kilogrammes of cocaine with an estimated street value of €8.4 million was seized by Gardaí from the Garda National Drugs and Organised Crime Bureau supported by other national units in County Westmeath on Thursday, 4th August, 2022, have been charged.

They are both expected to appear before a special sitting of Mullingar District Court at 11am.