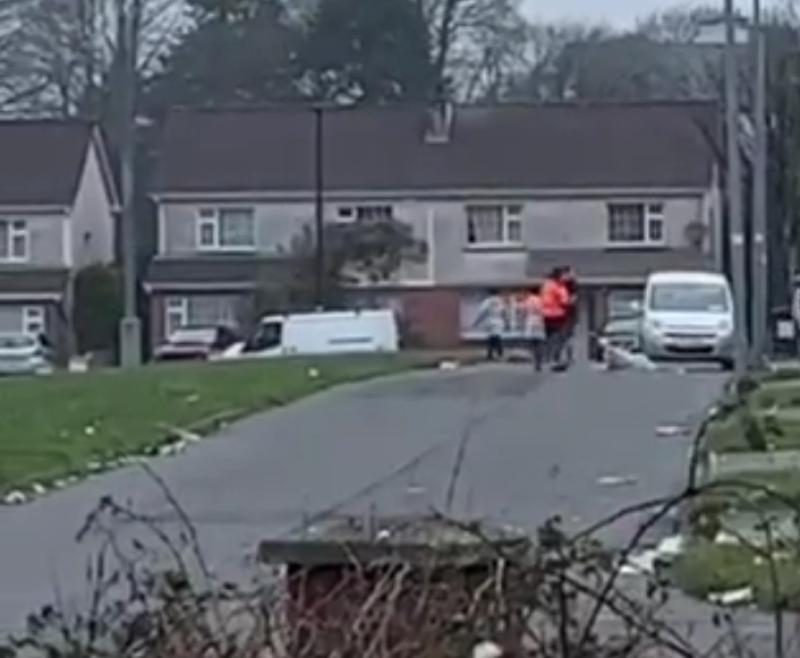 Gardaí are hoping to bring charges against up to nine people arrested in connection to a violent feud related incident in Longford town that resulted in the alleged discharge of a firearm after a man was mown down by a van inside a busy housing estate.

Detectives are awaiting directions from the Director of Public Prosecutions (DPP) to determine what charges, if any, can be brought against a number of suspects who were arrested following the incident inside Ardnacassa housing estate on January 24.

That episode, which investigators believe is linked to a violent inter-family feud, left a man in his 20s in hospital after he was allegedly struck by a van in front of shocked bystanders and young children.

Senior gardaí have pieced together a painstaking series of files which are now with the DPP's office on foot of an investigation they hope will solve one of a number of unruly feuds which have broken out in recent months.

A garda spokesperson confirmed detectives are awaiting the next phase in the inquiry after a "number of files" were sent to the DPP.

It's understood a key part of that probe is on whether the victim of the alleged hit and run may have been targeted after at least one shot was fired from a gun moments before a van allegedly drove at him at high speed.

Alarming footage of the incident during which a number of young children could be heard screaming and running for cover is also believed to form a key part of the garda investigation.

He, alongside a number of close associates, have previously come under the microscope of Criminal Assets Bureau (CAB) bosses.

Close members of the man's family are currently before the courts in connection to a brutal assault that took place in front of horrified shoppers inside a busy department store in March.

The store itself was forced to close for a number of hours as a result with gardaí later arresting and charging three people for alleged assault.

Those investigations are among a series of probes gardaí in Longford are continuing to examine following an escalation of violent incidents which have occurred in recent months.