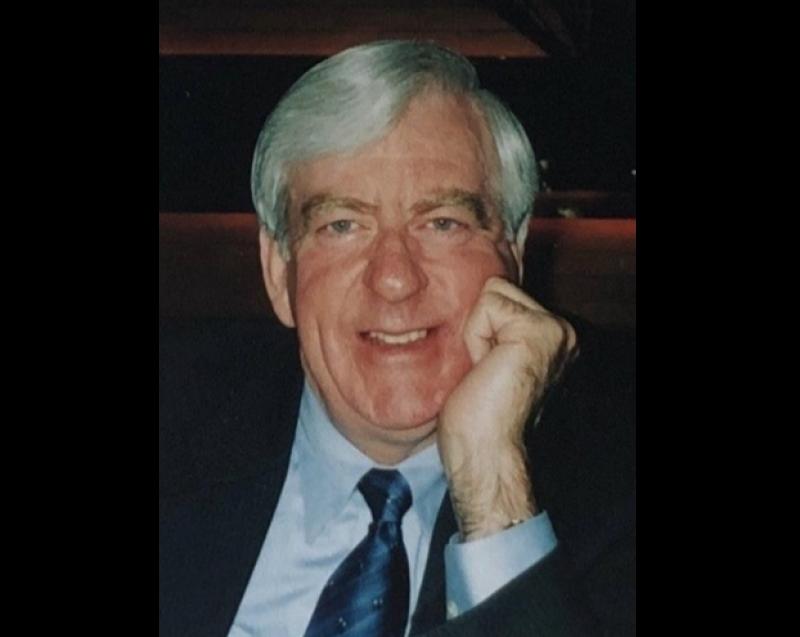 Michael Brady passed away peacefully surrounded by his loving family in the Carolinas Region in the United States of America on the afternoon of March 15, 2022. Michael was 84 years old.

Michael Brady was born in Springtown, Granard, Co Longfordon February 23, 1938, and was the fourth child and third son of the late Francis Brady and Mary Fitzsimmons-Brady.

In 1956 Michael emigrated to England and apprenticed for three years as a mechanic specialising in foreign cars.
He followed his passion and emigrated to America in 1959 and settled in the New York and Connecticut area. He successfully worked his way up to a service manager displaying his leadership while pursuing a business course at New Rochelle Community College.

He also served in the United States Marine Corp from 1961-1967 as a Lance Corporal and was assigned to MCB Camp Lejeune, NC as his primary unit.

As a veteran of the USMC after an honorable discharge, he opened his first business in 1969 in Stamford, CT. Stamford Foreign Car Repair opened its doors and quickly became successful as a result of his reputation as a highly skilled mechanic and the principles he integrated into operating the company. Combining his education, military training and consummate work ethic resulted in his success both in business and life.

In 1973 he moved back to Ireland with his wife and his first daughter and his son. He opened a car dealership and repair shop with his brother Frank – Brady Brothers Garage which was located in Granard. This business also flourished and he became a prominent businessman with an unprecedented dedication. Anyone from the midlands area who bought a Fiat or a Honda in the 70s and 80s most definitely did business with him!

Michael was greatly involved in supporting community events in Granard and the surrounding areas. He was also a founding member of Granard Credit Union Limited and was an active member of the Chamber of Commerce.
In 1989 he crossed the pond back to America with his wife and growing family of four children to Stamford, CT. Michael always enjoyed carpentry and opened his own business doing exquisite carpentry and interior design until he finally retired in the early 2000s.
He also was an avid church goer and served as an Usher at Saint Bridget of Ireland Church in Stamford, CT. In 2007 he moved down south to the Carolinas to enjoy his retirement. He adored spending time with his grandchildren and was very involved with his family throughout his later years.

Michael is predeceased by his brothers – Patrick, Peter, Frank, Brendan, Tom and his sisters – Molly, Margaret and Kathleen.
He is survived by his sister Christina (Chris) Brady of Gowna, Co Cavan; his former spouse, Bridget of Stamford, CT; and their four children: Eileen Catherine Kellgren and husband Mark, of Charlotte, NC; Michael Robert Brady and wife Kim, of Sayulita, Mexico; Susan Mary Brady, of Lancaster, SC; and Farrah Ann Brady, of Stamford, CT; and four grandchildren: Sydney Lauren Kellgren and Cate Ryan Kellgren, of Charlotte, NC; and Caoilinn Meadow Brady and Oisin Francisco Brady of Sayulita, Mexico.
A Mass to honour Michael will be celebrated at 9.30am on Sunday, August 7, 2022 at Saint Mary’s Church, Carragh, Granard. In lieu of flowers, donations may be made in honour of Michael’s memory to St Jude Children's Research Hospital – www.stjude.org.