AIB plan would have 'devastated' Longford 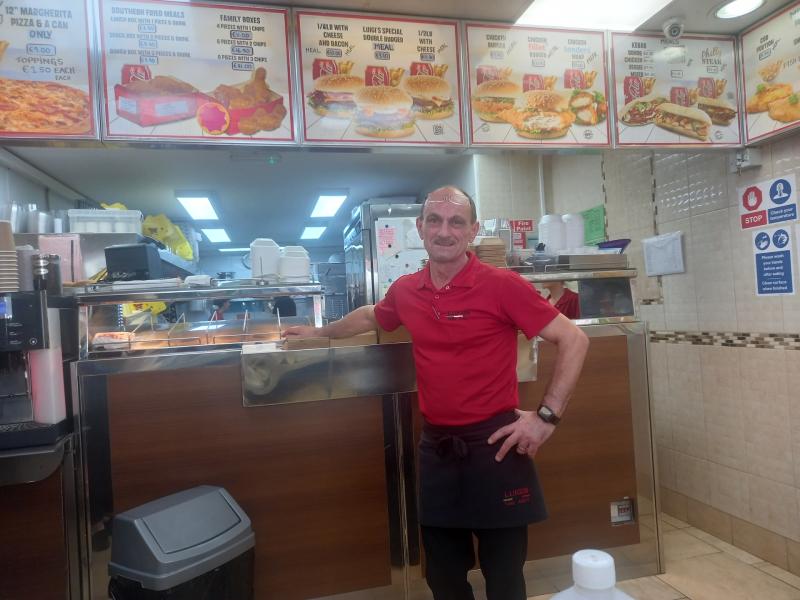 Peter Vocella inside his fast food restaurant in Longford town

Longford's local economy would have faced potentially "devastating" consequences had AIB not reversed its decision to turn the bank's sole financial institution into a cashless facility.

That was the overriding sentiment of local businesses and hard pressed retailers this week just days after the bank announced its Longford branch together with 69 others nationwide would no longer be processing cash.

Peter Vocella, of long established fast food restaurant Luigis and an AIB customer for over three decades, said the plan, if enacted would have caused untold economic hardship to a town still struggling to reinvent itself following two years of Covid enforced restrictions.

"One thing we need is stability in town," he said, revealing

"If they had have gone where would we go? Every week we have to get change and the nearest place would have been Roscommon otherwise but I was worried absolutely."

Peter, like umpteen other sole traders, welcomed the bank's sudden u-turn, but qualified those comments by conceding the move to cashless banking was a virtual certainty.

"In general it would have been a big loss to those people who would be coming in (to town) especially for the bank," he said.

"I reckon it (cashless banking) is only a matter of time.

"If they (bank) had that plan, we probably won't escape it for long, maybe a year or two."

Chamber of Commerce President Fiona Fenelon said the swift nature and level of community engagement which had preceded last week's initial announcement had raised more questions than it had answered.

"The whole communication around it was very poor," she said,

"What it did show was the power of the voice because you had all aspects of the community, from local GAA clubs to charity fundraisers as well as businesses speaking out."

Longford Municipal District Cathaoirleach Cllr Gerry Hagan said the transition to cash free banking was a move which would have arguably impacted Longford consumers more than many of its larger, predominantly urban based counterparts.

"AIB’s decision to reverse its cashless plans for Longford and 69 other branches is the correct one," he said, adding in some parts of the county, customers may well have faced journeys of up to an hour just to lodge and withdraw cash.

"Withdrawing cash services from the branch in Longford would have left many of our most vulnerable people in Longford without cash banking services.

"Ultimately customers of AIB Longford, were being left behind in terms of being able to effectively deal with their personal finances on a day-to-day basis.

Cllr Hagan said, in welcoming the climb-down, it was only fitting that the voices of society's most vulnerable were heard in what is a decidedly uncertain and haphazard economic climate.