Vincent's Longford wins Team of the Year at SVP awards 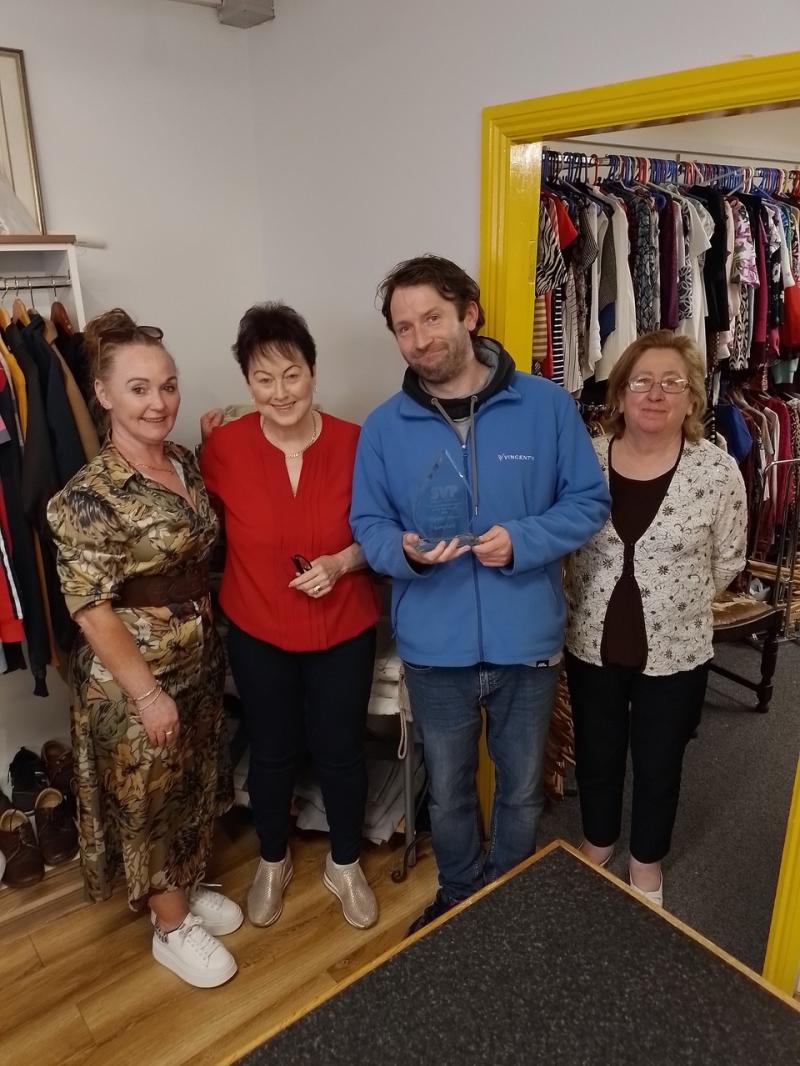 The Vincent’s shop on Dublin Street, Longford has won the Vincent's Team of the Year award in the Society of St. Vincent de Paul (SVP) North East & Midlands Region.

The Rendu award was presented in recognition of his successful completion of the SVP Continuous Development Programme (CDP) which included the study of Customer Care; Team Satisfaction; Compliance, Business Development and Health & Safety in the workplace.

The award is named in honour of Blessed Rosalie Rendu (1786-1856) who was a mentor to the first members of the Society of St Vincent de Paul in France.

The awards were announced following a one-day conference held in Derry on June 20 which discussed how retail can be community based, help reduce poverty and operate in a real sustainable manner.

There are over 234 SVP shops throughout Ireland, trading under the ‘Vincent's’ name. Vincent’s shops are a hugely important aspect of the service SVP provides to those who seek its assistance.

Not only do the shops provide goods at affordable prices and help reconnect people, disconnected by poverty, they also provide an income source for the Society, which is directed back into the local communities.

Vincent’s are also committed to the concept of reduce, reuse and recycle by recycling 97% of donated items.