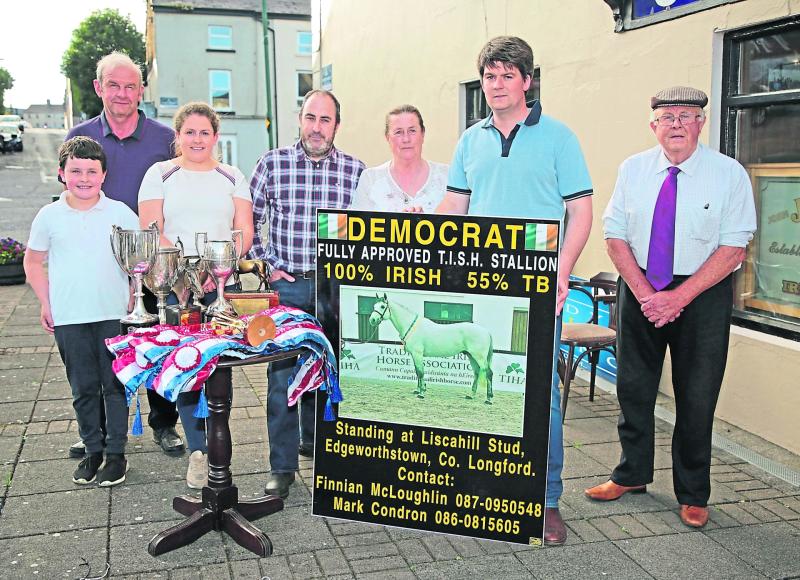 If you are looking for the very personification of what makes Granard’s Agricultural Show so unique, then look no further than seasoned show campaigner Matt Connell.

The Ballymore man first joined the ranks of its committee back in 1963 and, in truth the 74-year-old hasn’t looked back since.

Standing outside the front entrance to JV Donohoe’s bar in Granard last Thursday night, Matt scoffed when the inevitable question came his way as to his farming background.

“Ah sure I am,” he chuckled, when asked if he was a farmer by choice and design.

“As an old man out beside me said long ago did you ever hear of a scotch grass farmer? That would be a lad who wouldn’t be too good at it.”

Listening on, show secretary Hazel McVeigh couldn’t help interjecting by insisting the colourful north Longford man was “the character of our show”, a depiction Matt replied with in typical jovial fashion.

“I wouldn’t know about that now,” he responded.

“I went around enough of them anyway. I would be doing about 16 or 17 shows a year showing sheep.

“The furthest show I went to was Clonmanny in Donegal, that’s a way up the top and the furthest down was Clonmel.

“The furthest west was Spiddal and the other way was Dundalk.

It’s quite a diverse and physically demanding list and one which immediately leads into a question as to what precisely motivates that interest.

“What do I get out of it? Hardship is one thing and losing money is another,” he quipped while sporting a broad grin.

“I am very excited, we had no show since 2019 and that was a good show but by the looks of what is happening here tonight this show is going to be even better again.”

Matt is acutely conscious of a much changed economic climate and the likely impact that will invariably have on show men and women as well as patrons.

That said, the genial farmer is, like most, if not all of his agricultural peers, looking ahead to this weeked with renewed vigour.

“It does of course help the town, sure why wouldn’t it,” he said in response to the show’s significance to a predominantly rural setting like Granard.

“It will be a little harder this year with the diesel having gone up and where you travel for €50 in 2019 is going to take you at least €80 to €85. But sure that’s the way it goes, you have to take the good with the bad and some days you do well and other days you won’t do as good.”

Let’s hope for Matt’s and the overwhelming majority of attendees over the course of this Saturday and Sunday, both days prove to be more than good.