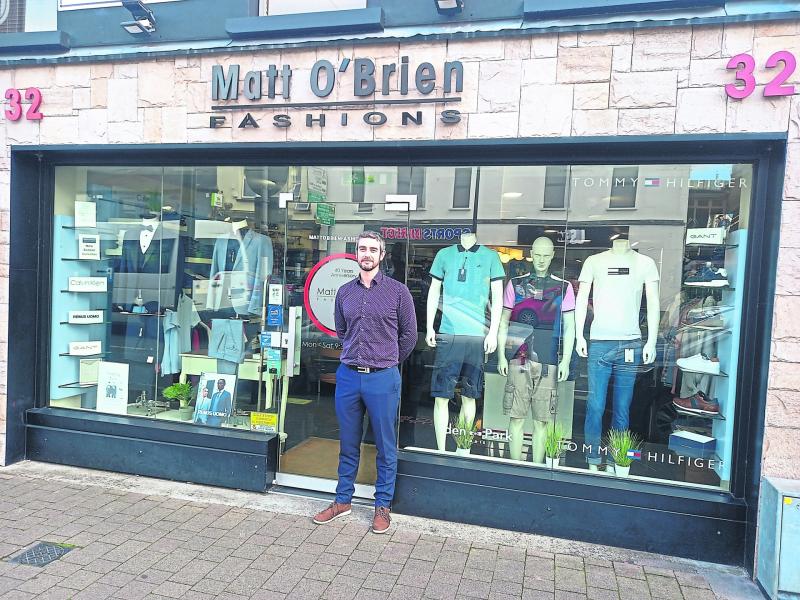 The soaring cost of living crisis has extended its recessional reach to Longford’s cash starved business sector with some firms reporting a near two third drop off in sales as spiralling energy hikes threaten to leave others facing into an uncertain post summer period.

They were the eye watering sentiments espoused by a number of local businesses this week as the county struggles to keep a lid on a dilemma that has sparked mounting fears the country could be facing into yet another economic downturn.

One of those to reveal the difficulties being encountered by Longford’s pressurised commercial sector was John O’Brien of Matt O’Brien Fashions.

“All of our suppliers have been putting their prices up so all the stock we would buy is getting more expensive now,” he said, stating the business’ largest financial headache was the rising price of electricity.

John said the continued upward trend in energy costs across almost all industry suppliers has seen his own family run enterprise having to contend with a near 100 per cent increase in the space of a month.

“The big one for us has been the electricity,” he said.

“It has literally doubled over the past couple of weeks.

“We had to sign a new contract, but there is nothing we can do about that. The Government subsidises individual households for their electricity but small businesses are getting hit by huge increases in electricity.”

Those cautionary soundings follow hot on the heels of another week of energy price hikes which saw Electric Ireland introduce its fourth increase since last year.

The ESB-owned energy supplier is pushing up electricity prices by 11pc in August, and gas prices by 29pc, resulting in an average €164 a year increase to the cost of electricity for its 1.1 million customers.

John said the concerns linked to utility costs were only moderately mitigated against a continued surge in demand for social and family orientated gatherings.

“It’s kind of a strange situation because everything that was postponed over the last two to three years, all the weddings, confirmations and communions and parties and holidays,” he said.

“All of that stuff is going ahead, so there is quite a lot of business being done because of that but it is a one off kind of thing.

“You won’t get the same level of business next year or the year after so it is a tricky situation for business because while sales might be good at the minute it’s probably not going to last so we have to be careful how we approach the next year or two.”

Fellow clothes store proprietor Adarsh Puri of Le Monde Boutique along the county town’s Grafton Court area was just as circumspect over the threats posed by inflation and escalating day to day living expenses for consumers.

He said evidence of a downward trajectory in turnover could be seen as early as late June with takings almost two thirds below those of just two months earlier.

“It was the third week of that month that people were talking about inflation going to high,” he said.

“People began coming in and saying we couldn’t afford it with everything, even groceries going up.

“That meant sales went down and now I can’t afford to have any staff in the shop. I am on my own and another thing is the weather is not helping in my business with there being no summer so far.”

A permanent fixture on Longford’s retail landscape for close to 40 years, Adarsh referenced how recent high profile crime incidents allied to a decidedly uninspiring summer climate had already generated fears of a return to Ireland’s bruising post Celtic Tiger past of 2008.

“Business is down by 60 per cent compared to a couple of months ago.

“It is really tough and I just don’t know what is going to happen in the autumn, I have no idea, it is very worrying.”