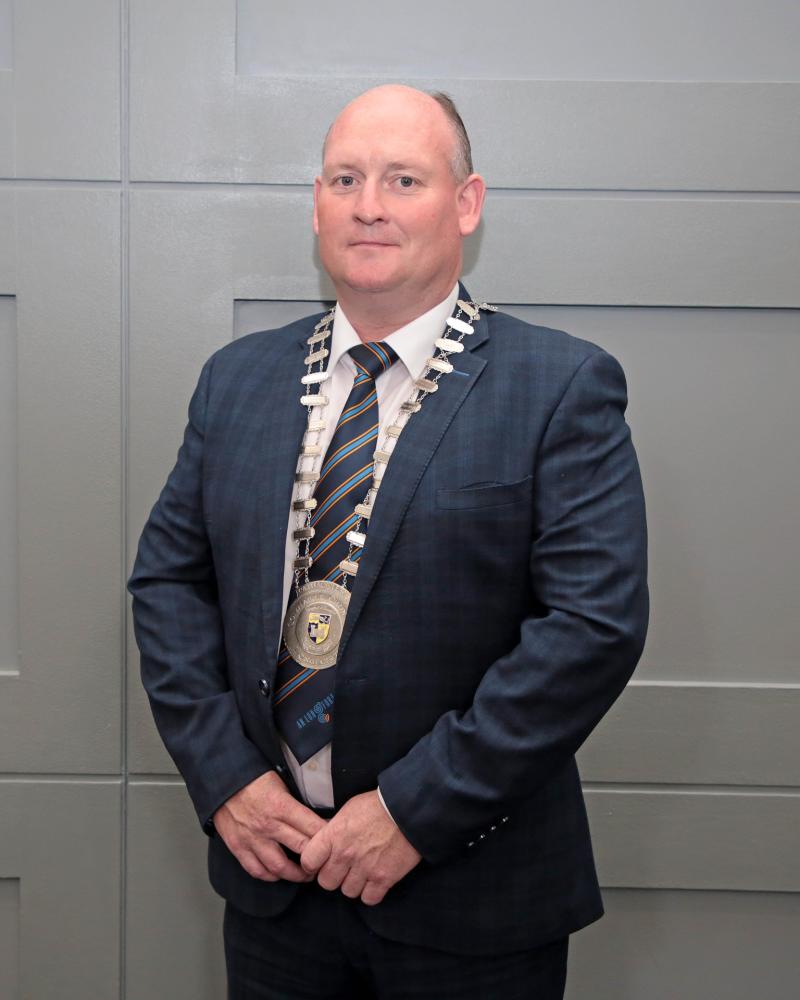 Three years on from causing one of the biggest sensations in local electoral history, Turlough McGovern is this week celebrating his first week as Longford’s first citizen.

It represented a seismic feat for a man who, in 2019, saw off all-comers to not just top but notch one of the highest votes in the history of Longford County Council in Granard’s Municipal District area.

A convivial and off the cuff personality at the best of times, the politician and man more affectionately known as ‘Pott’ by those closest to him, cut a proud and emotional figure when gleefully accepting the cathaoirleach’s chain from his Fine Gael predecessor.

“I promise to represent the people of Co Longford, visit new places, people and all sections of our community,” he said, while name dropping the likes of Longford’s tourism and well documented regeneration overhaul as being among his principal targets over the coming 12 months.

“I am hugely impressed by the number of innovative and inspiring projects that has come from investment.

“I really believe the potential to transform Co Longford.I am sincerely looking forward to the rollout of these projects as we move into the delivery of investment.

“In terms of regeneration, I look forward during the year to the continuing investment rolled out across our county.”

The new cathaoirleach, as is customary the case when new chairmen and women are ushered into office, reserved special mentions for his family, election team and those who helped secure his near 1,300 first preference vote in 2019.

In typical McGovern style and in keeping with his devout commitment to worthy causes and charity, the newly ratified Independent cathaoirleach, spoke glowingly of how his home town was continuing to throw its weight behind a fundraiser in aid of the late Niall O’Hara.

The 21-year-old tragically took his own life in March 2019, prompting his family to set up a fundraiser aptly branded ‘Walk a Mile in Memory of Niall’ which came to a successful close last Saturday.

The occasion certainly was not lost on the burly figure sitting at Longford County Council’s top table last Wednesday, emotions which were equally evident when switching his focus to his own affection for the county’s seat of local government and the people he now will represent on a national scale over the coming year.

“As cathaoirleach of Co Longford we certainly have a great team,” he bullishly put it.

“If you go down the country you should be damn proud to say where you come from and I certainly am proud of where I am from.”

A new chapter in Longford’s political history has dawned and if the man spearheading that drive has his way it will be one of its most fruitful and economically favourable for quite some time.