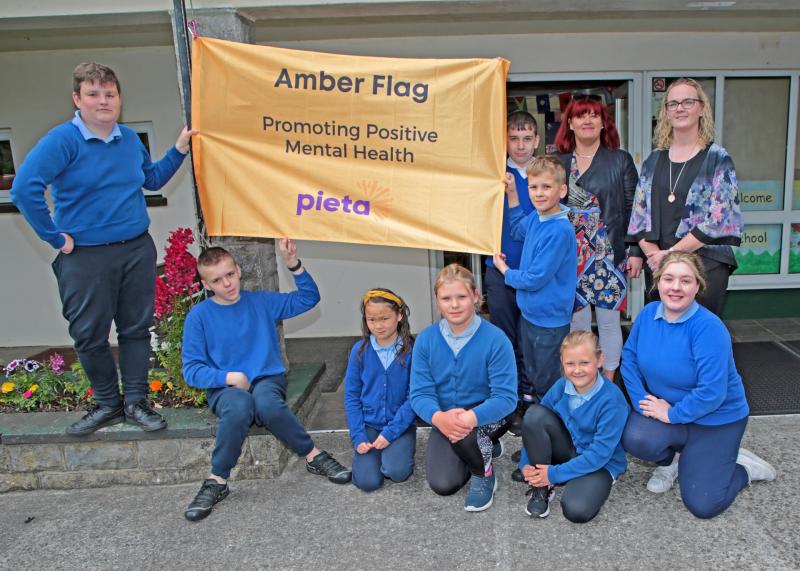 Dublin West Education Centre is the only education centre in Europe with permission to use the European Commission logo – this logo is associated with excellence and is only used for outstanding programmes of merit within the European Union.
As the Digital Technology Coordinator, Rory Leonard has worked tirelessly since 2015 in upgrading the school’s Digital Technology infrastructure in order to be eligible for admission to this esteemed programme.
In recognition of this work, Lanesborough Primary School is in the esteemed position of being one of only fourteen schools in Europe to be awarded this honour. It has been given to Lanesborough in recognition of outstanding achievement in the integration of Digital Technology with learning in the school.
Our school’s infrastructure has been greatly improved since September as each classroom has a Clever Touch Interactive Screen. Each screen was installed by Toomey Audio visual services by their knowledgeable engineers. We also acquired a set of twenty-five Chromebooks from Compupac IT Solutions, who were very helpful in setting up our Google admin service within the school and provided training to the Digital school’s coordinator.
Examples of this include the use of green screen technology to supplement our learning in the classroom. The Infant classroom utilised this technology when they were performing their Skeleton Dance during our Halloween Assembly. 1st and 2nd also enjoyed using green screen to visit Hogwarts School of witchcraft and wizardry – we had several Harry Potters on that day. 5th and 6th class used this innovative technology to tell stories and poems over the Christmas term.

The Pieta Amber Flag
Niamh Rohan entered the school into the Amber Flag program this year. The Pieta Amber Flag Initiative recognises the individual efforts of primary and secondary schools, youth reach, third level institutions, community groups and clubs to create healthy, inclusive environments that support mental well-being.
Since September, there have been several new initiatives in the school because of this. For the first time ever, each class took part in Yoga classes which were held in the community hall. Bewell yoga brought us on a six-week yoga journey. During the 6 weeks, each class embarked on a Yoga journey around the world. The pupils really enjoyed this activity and found it to be beneficial for their mindfulness and mental health.
Not only did our school take part in this initiative but the pupils brought the Amber flag into their homes also. They were given a well being Homework grid which contained activities such as meditation, eating their favourite meal, going on a walk and even visiting a friend.
On the 6th of May, our school community arrived into school dressed in yellow. Each child donated towards our Pieta House fundraiser.
The school organised a ‘Wellbeing Week’ on the 13th of May which focused on the different aspects of wellbeing and friendship each day of the week. Each day was given a positive nickname which was: Marvellous Monday, Terrific Tuesday, Wonderful Wednesday, Tremendous Thursday and Fabulous Friday.
All classes participated in positive mental health activities each day. These ranged from positive affirmations to self-esteem games, mindfulness breathing and colouring, discussing the importance of a healthy diet and being active.
The final project undertaken by the school was a ‘Design a Poster’ competition within the school to raise awareness of positive mental health strategies.
The presentation ceremony was attended by Dr Daithi O Murchu of Dublin West Education Centre and Deputy Joe Flaherty. Dr Ó Múrchú spoke about the digital schools of Europe award ‘Lanesboro NS has consistently proven that it’s a vision for 21st century emerging technologies is deeply embedded in the daily lives of their whole school community. This digital schools of Europe award recognises the most incredible work being undertaken by the school to ensure that the #nextgenerationeu students in rural Ireland are top class! Cohghairdeas ó croí do gach duine’
Deputy Flaherty spoke about the impact about mental health in Ireland today. He recognised the work that was undertaken by Mrs Rohan and the school.
‘It is a very exciting project for Lanesboro school and I was very impressed with the students and it is remarkable to think that it is only 1 pf 14 schools in Europe to have attained this award. It is really heartening to see how well the pupils engaged with it and it really brought home the value and importance of technology in modern education.’
‘It was a busy day at the school, as they also raised their Amber flag and this was a follow on for their get active initiative and an important focus on well being and mental health awareness. It is great to see the school being so proactive in two key areas for development of our youngest people.’
These awards were an excellent end to what was a very productive year at Lanesborough Primary School. 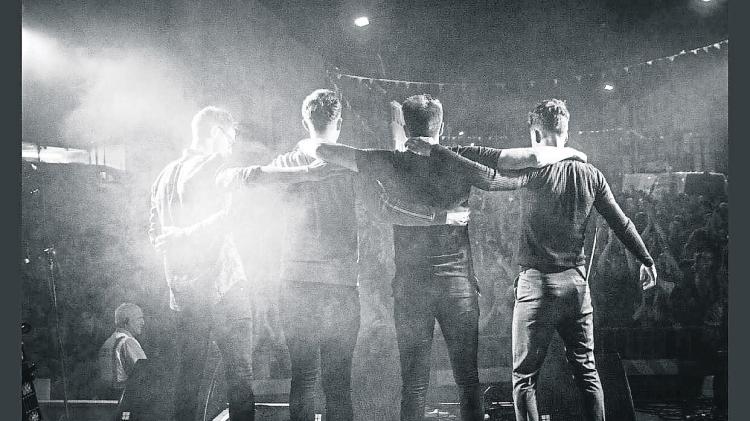