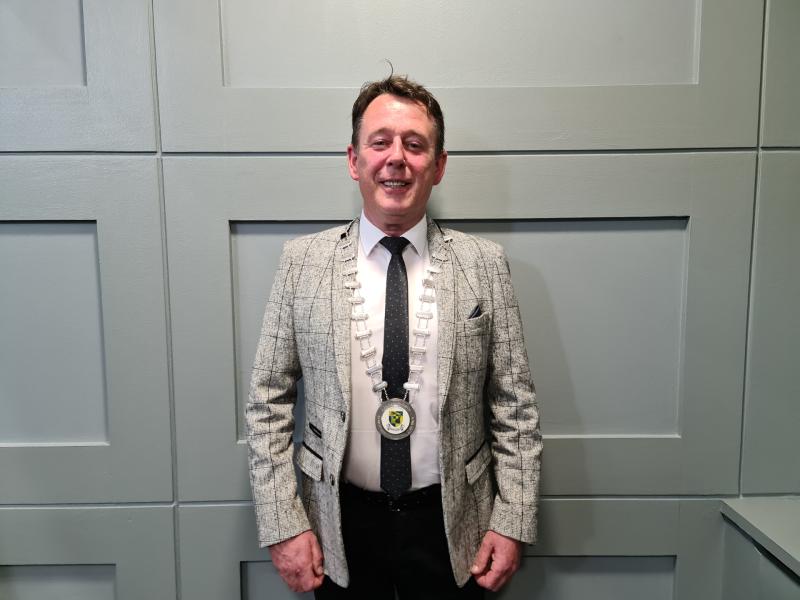 Cllr Gerry Hagan can count himself among a select band of local politicians this week.

Hardly a week on from being elected Longford Municipal District Cathaoirleach, the Killoe local politician was handed his second chain of office yesterday when he was promoted to the role of Longford County Council Leas Cathaoirleach.

“Gerry is an honest, genuine, hardworking individual who is active and hugely respected in the local community, voluntary sector and GAA circles,” said Cllr Murray.

His Legan based opposite number underlined those sentiments, terming Cllr Hagan as someone who would be a “great asset” to the county in his new role over the calendar year ahead.

There were jovial comments thrown in too, typified by Cllrs Seamus Butler, Gerry Warnock and Mark Casey.

Cllr Butler, in stating how the length of yesterday’s meeting was holding up its members from going in search of the “lost pint”, said his Municipal District colleague could invariably be known more commonly as “two chain Gerry”.

Cllr Warnock followed suit, joking how Cllr Hagan might be seen as someone “bobbin’ around like 50 cent with his two chains”.

Arguably the most memorable comment came from Cllr Casey as he jokingly cautioned Cllr Hagan about what his new role required.

“Just a word of warning,” he said.

“It’s (Leas Cathaoirleach) a very sociable position, so you will have to go out more.”