‘Epidemic’: Children in Longford as young as 12 are addicted to vaping

Cheap, Accessible, Acceptable: Vaping is ‘impossible’ to police among youths without proper legislation 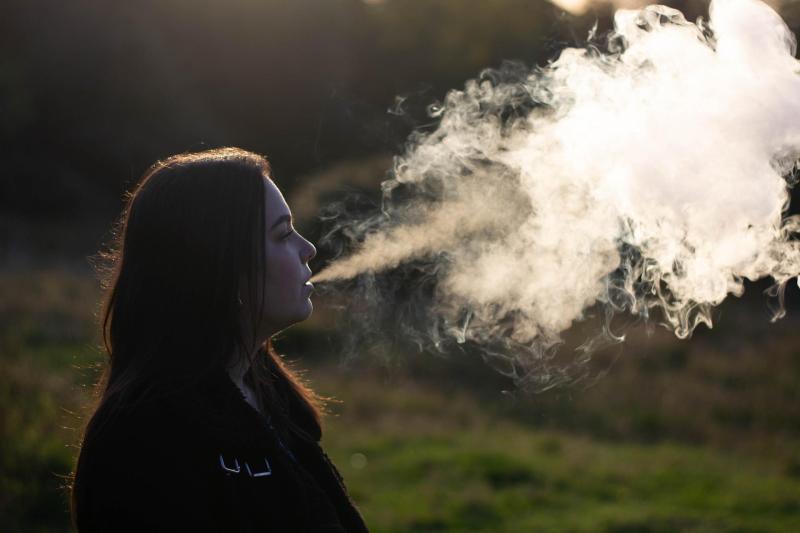 Vaping has become an “epidemic” among children, with products readily available to kids as young as 12, little or no education into the amount of nicotine being inhaled with each puff and zero legislation to prevent them from doing so.

Grace Kearney, of the Bridgeways Family Resource Centre in Ballymahon, told the Leader she is struggling to keep vaping under control at the resource centre as it is “very cheap, very accessible and very acceptable” in society, with many parents allowing or not putting a stop to the activity - or completely unaware that their teenagers are vaping at all.

“We have a massive vaping problem, not only in Ballymahon, but countywide and nationally,” she said.

“People as young as 12 are able to buy vapes. I’ve contacted the Gardaí, I’ve contacted everyone who will listen - and some people who won’t listen. But the Gardaí can’t do anything to stop the sale of these products to children because there is no legislation.”

Vaping among children, she said, is “an epidemic” and is “like a right of passage” but young people have “no idea” what they’re putting into their bodies.

“Some of these vapes have 50mg of nicotine and that’s the equivalent of 50 cigarettes. That’s how much nicotine they’re inhaling,” she said.

The lack of legislation for these products has the potential to cause a range of other problems in the community, she added.

“Young people become addicted to it and then how do they pay for it? So you start to see anti-social behaviour,” said Ms Kearney.

“And they’re relatively cheap to buy. You can get disposables for €5 and they provide 700 puffs and 10mg or 20mg of nicotine. They’re called ‘buzz bars’.

“Then you have the cannister ones with the liquids. But the disposable ones are the biggest, most popular product.”

The worst thing about vaping products, Ms Kearney added, is that “nobody knows what’s in them”.

“There’s this argument that it’s better than smoking, but is it?” she asked.

“I’m seeing kids addicted to vaping who drop out of boxing or football or other sports because they’re not physically able for it.

“What’s it doing to their lung capacity? It’s an epidemic,” she added.

“And you can’t tell they’re doing it. If they’re smoking, there are the tell tale signs - the yellowing fingers, or the smell, or the big box of cigarettes is hard to hide in their pockets.

“But with vaping, it’s so hard to tell. It’s so quick compared to ten minutes smoking a cigarette.

“They can be taking sly vapes all the time or they could be vaping in the bedroom and their parents don’t even know it because the smoke disappears, whereas you couldn’t hide it if you were smoking.”

The concerning thing, Ms Kearney added, is that “loads of parents are allowing their kids to vape”.

“It’s so hard to police it in the centre. I want the young people to be here but they just want to sit outside vaping. They don’t want to take part in the art or the other activities - they’re addicted and they just want to vape. But when they’re not here, where are they and what are they doing?”

The fact that it is socially acceptable for children to be vaping is a major issue among our youth, Ms Kearney stressed.

“None of them are smoking. Smoking isn’t a problem anymore - it’s not sexy to smoke. But it’s attractive to vape,” she said.

“Vaping has all the nice smells and the different colours and flavours, so you can go in and choose what colour you want.

“You can ask your friends what flavour they have - ‘mango? Oh, let me try’ - it’s all very attractive to young people.

“But the three main issues are: it’s cheap, it’s accessible, it’s acceptable. And for those reasons, it is impossible to police it.”

Concerns have been raised with Longford County Council that many young people are becoming addicted to vaping.

A lack of legislation on vaping products means children as young as 11 or 12 are able to purchase the products, which contain nicotine and are addictive.

At last week’s meeting of Longford County Council, Fine Gael’s Cllr Paul Ross raised the issue, calling on the Minister for Health “to move the Tobacco and Nicotine inhaling products bill into law as soon as possible in order to regulate the sale of vaping products in Ireland”.

The legislation will prohibit the sale of vapes and tobacco- and nicotine- inhaling products to persons under the age of 18. It will also make it illegal for under-18s to sell such products.

His calls were quickly backed by Fianna Fáil Cllr PJ Reilly, who expressed concern at the number of vape shops popping up all around the county.

Speaking to the Longford Leader this week, Cllr Ross said legislation is expected to go through the Dáil, however, councillors locally want “a push” on it as the access that children have to vape products is becoming a major issue around the country.

“It’s replacing cigarettes. Kids as young as 11 have been seen to purchase these products and we’re looking for concrete guidance and legislation,” said Cllr Ross.

“We don’t know what’s in these products. They may be equally as harmful as cigarettes and what’s most worrying is that they’re tailored towards children with sweet flavours.

“This is not a product that should be available to children. They’re an alternative to cigarettes but they may not be a safe alternative.

“There is currently no guidance on the sale of these products and they need to be properly legislated so that they are not available for purchase by children.”

The access that children currently have to vape products due to lack of legislation is of concern, not only to local representatives and youth service providers, but also to Gardaí and those involved in the Local Community Safety Partnership, which met on Monday.

Speaking to the Longford Leader this week, Superintendent Seamus Boyle confirmed there are even concerns that illegal substances are being sold within vaping products - an issue that was raised at the LCSP meeting by Antoinette Kinsella of the Midlands Drug & Alcohol Task Force.

Supt Boyle has assured no such complaints have been made with regard to products sold in Longford vape shops but said it is “certainly something we can look at”, encouraging anyone who comes across such illegal substances to report it immediately to Gardaí.

Regarding the need for legislation on vaping products, he added, “I support any legislation that helps protect children and vulnerable people”.