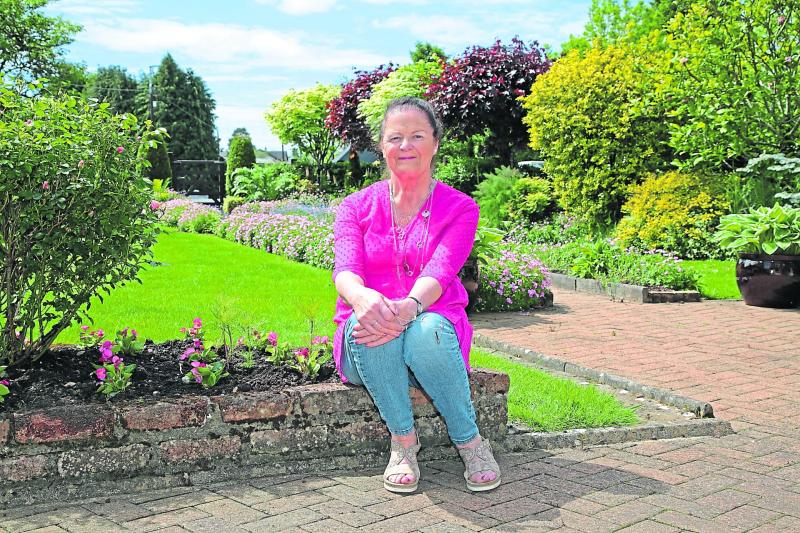 Meet the husband and wife team who have been opening their breathtakingly colourful garden for the past 20 years all in the name of charity.

Drumlish couple Paddy and Mary Gillooley will reach their two decade milestone next Saturday, June 11 from 10.30am - 6:30pm in what is arguably one of the feel good stories to emerge this year.

In her own words, Mary said the brainchild for the annual showcase came on foot of a conversation she had with her late friend Annie Quinn at the turn of the millennium.

“We were just chatting really and thinking of ideas for marking it. She suggested that we should open the garden to the public and it just took on from there,” said Mary.

Two decades on and the Gillooleys’ garden which is located on the edge of the north Longford town and beside its picturesque corn mill has fast become a key driver behind various fundraisers for local charities.

The chief benefactor next Saturday, of what promises to be Mary and Paddy’s last major open day for the forseeable future, is Longford Hospice Homecare,

“We are winding down in terms of that,” said Mary.

“It (garden) takes a lot of maintenance and while we are well fit to do a lot of it ourselves the strimming and hedge cutting alone can take anywhere up to six hours,” revealed Mary.

And that’s before you even care to mention the umpteen water features, eye catching bog oak attractions and plethora of vegetables and flowers which the couple man on a daily basis at their idyllic Drumlish homestead.

Sitting on around a quarter of an acre, the garden itself has been the source of not just social but educational insight for local schools, something Mary said she will long for over the weeks and months ahead.

“Everything is homemade on when you enter and there is lots for people, young and not so young to see,” added Mary.

Mary reserved special mention for Fr Manning Gaels who are assisting with the seating arrangements for Saturday's Garden Open Day, and members from the town’s local Men’s Shed who are helping to erect a state of the art marquee which has been donated by Drumlish Tidy Towns Assocation.

“With the great help from neighbours, friends and family making tea, washing dishes and chatting to people this was all made possible,” added a proud sounding Mary.

“We are hoping to maybe have a tea morning for neighbours and friends for charity in the future still, so we won’t be entirely going away.”

In view of the service Mary and Paddy have given to their local community and endless charitable organisations over the years, it’s an admission much of Drumlish and the wider county will be delighted to hear.

Mary and Paddy hosted their first Garden Open Day in 2000 and 2020 should have been the 20th anniversary event, however, Covid-19 intervened. Saturday’s Open Day is their 20th and it promises to be a memorable occasion. Don’t forget to drop by for a cuppa!