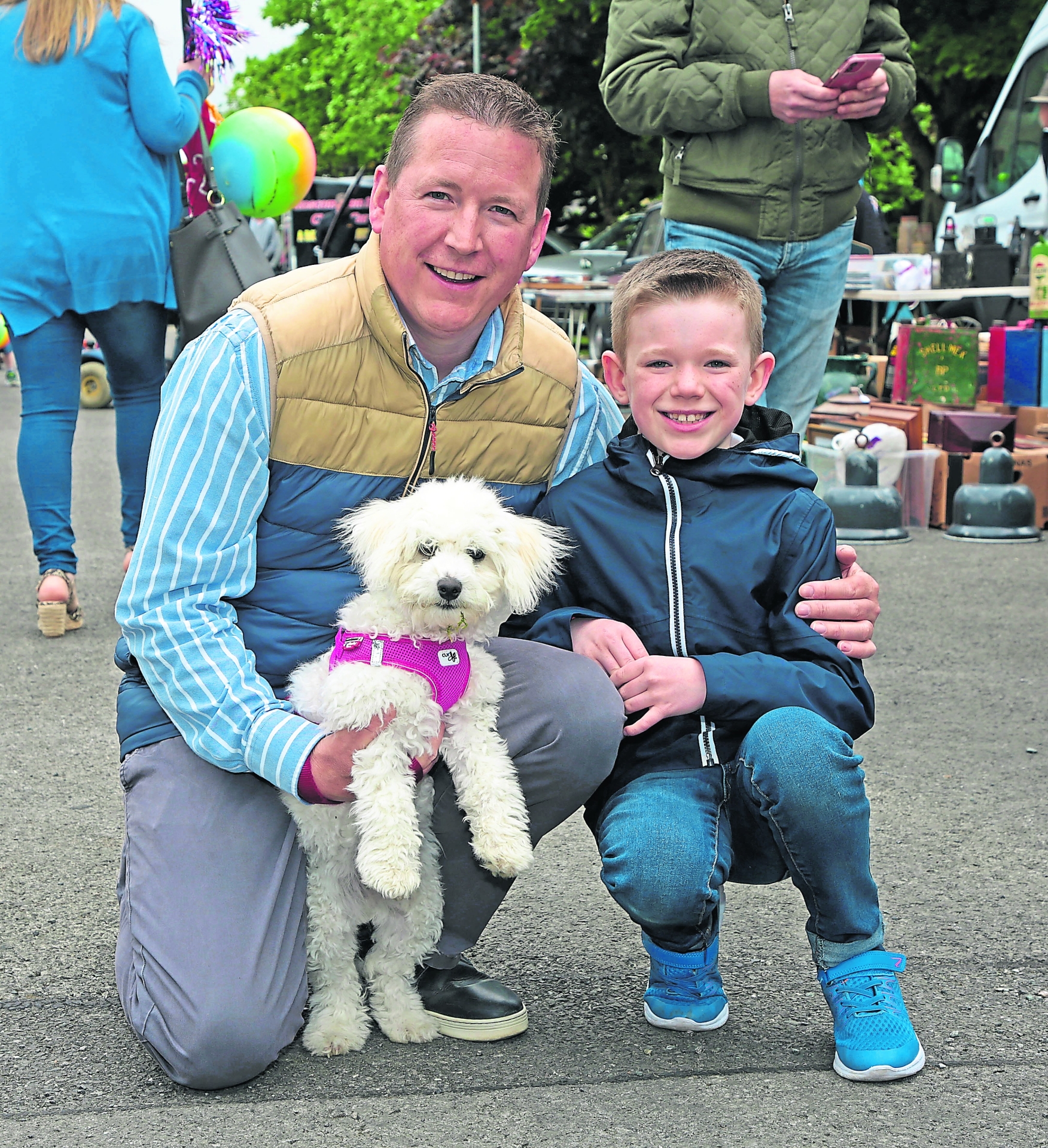 At the Dog Show as part of the Longford Vintage Club Show on Sunday were Conor and David Looker with Charlie. PICTURES: SHELLEY CORCORAN

Three years of Covid enforced waiting finally came to an end on Sunday as Longford Vintage Club returned with their annual show and family fun day in mesmerising style.

From timelessly untarnished cars, tractors and commercial vehicles to a multitude of entertainment and other festivities, you name it Longford’s former Connolly Barracks had it.

At one stage, organisers estimated there to be in excess of 3,000 patrons inside its gates with proceeds from this year’s event going to the Irish Kidney Foundation, by way of the Bryonny Sainsbury charity truck run.

“As a committee, we are very happy with how the show went,” said club secretary Miceal Nolan.

“It was probably one of the biggest, if not the biggest show over the last 15 years.”

One of the key attractions this year was the return of Executive Helicopters, providing members of the public with panoramic views of the Longford landscape.

“We would also like to thank our neighbouring clubs for their support on the day especially Lakeland Vintage Club, Roscommon Sports and Classic Car Club, Kilmore Inn Vintage Club and all other clubs in attendance,” he said.

In highlighting support from Longford County Council, LCRL and Shane Crossan, Miceal said helicopter rides and much more were already being planned for 2023: “It’s a case of roll on to next year because the planning and focus for that starts now,” he said.