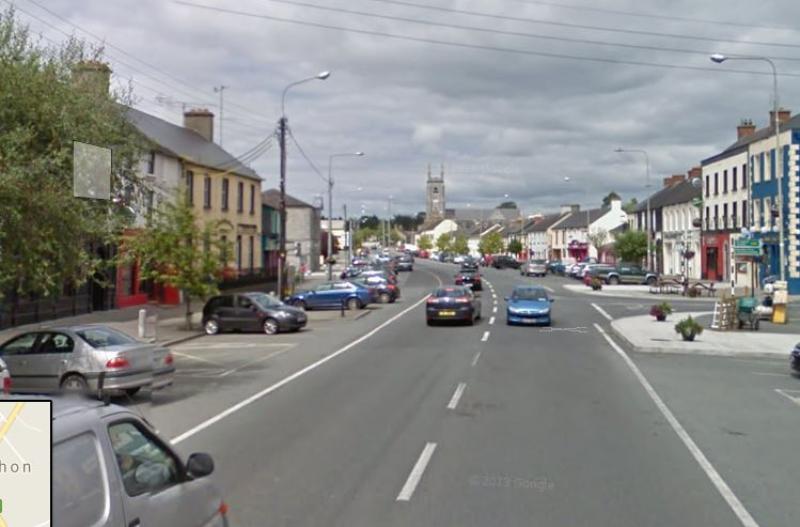 Just two of the metaphors used to describe the state of Ballymahon's Main Street last week as local politicians urged council bosses to carry out a major overhaul of the south Longford town's main thoroughfare.

That came after Fine Gael Cllr Paul Ross led calls for the local authority to repaint a number of bus parking lanes which had worn away in recent months.

Cllr Ross said the road surface entering Ballymahon was one which was becoming an ever increasing bone of contention among local residents and one which would invariably escalate still further unless remedial action is carried out.

“Main Street is in a desperate state of repair,” he told last week's monthly meeting of Ballymahon Municipal District.

“Really, Ballymahon is a shop window for Co Longford and is the biggest tourist destination in the county.”

Cllr Ross said it was imperative council officials stepped in as a matter of urgency in what the Legan based representative predicted would become the chief talking point in the lead up to the 2024 local elections.

“We have the local elections in two years time, but will it be done because it if isn't, we (local politicians) will get hammered.

“As it is, we are getting a hammering on social media.

“It is one of the busiest parts of the county and it must be looked after.”

Fianna Fáil Cllr Pat O'Toole agreed, saying much of the blame could be levelled at a number of past infrastructural works which had been carried out.

“Some of the companies have left it in a deplorable state,” he said.

“We have got to look at doing something with it.”

Fine Gael Cllr Colm Murray asked whether the council could examine ways to secure financial bond agreements , similar to those which were taken in for the building of housing estates in previous years.

“It's not acceptable the local authority has to foot the bill,” he said.