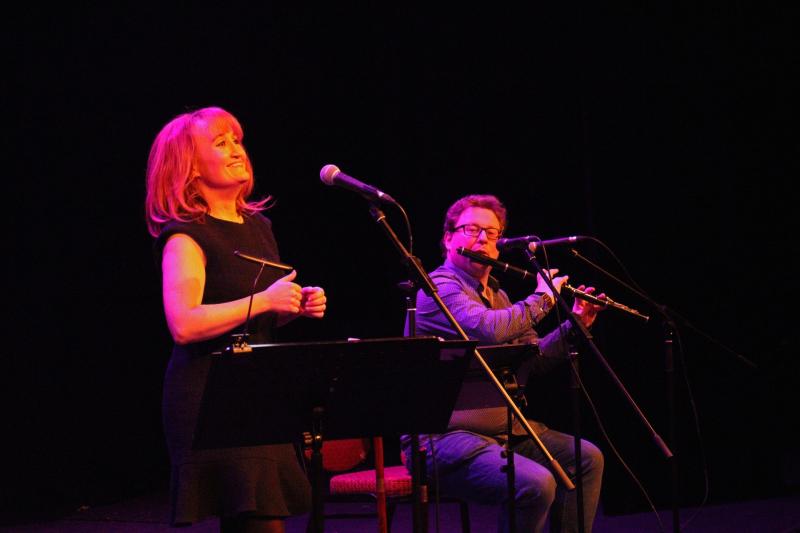 The Backstage Theatre welcomes the fantastic voice of Emer Dunne, to the stage on May 28. This will be a wonderful night of timeless, well known and loved folk music and songs, featuring favourites including ‘Wild Mountain Thyme’, ‘Come by the hills’ and ‘Sweet Sixteen’ among others.

A night packed with music, song and entertainment is in store after her recent successful shows in Leitrim and Donegal.

The Backstage Theatre, welcomes Emer Dunne, who has a purity and strength in her voice. that has deemed her to be “a definite rising star” by Irish Music Magazine, where she has been compared to the likes of Mary Black and Maura O Connell, amongst others.

Despite the challenges of the past two years, 2021 saw Emer rise on the folk scene, featuring on the RTE’s ‘Today’ show and releasing two no 1 hit singles, ‘Daisy’ and ‘Wild Mountain Thyme’.

On the release of her debut folk album, ‘Hourglass’ (produced by Bill Shanley) Hot Press described Emer as “an entertainer through and through… There is a hearty appetite for what ‘Hourglass’ has to offer …with her trademark soaring voice”.

Speaking of the show at hand, Emer said “I’m teaming up with wonderful musicians on flute and guitar to bring a varied and lively acoustic set. There is a lot of variety in the show and so we hope to have something for you all to enjoy.”

Having shared the stage with The Fureys, Phil Coulter and John Spillane amongst others, Emer’s voice has now hit the national airwaves with RTE Radio 1’s Rising Time referring to her album as “fabulous from start to finish” and BBC Radio Ulster citing “A great voice and a lovely impressive production”.

Emer’s ‘Hourglass’ was also supported with airplay on various regional stations including Shannonside and Ocean FM.

Emer has been awarded many accolades for her singing and performances, and has toured all over Europe and Japan with an Irish music, song and dance group.

For this show she will be joined on stage by the talented seven times All-Ireland Champion, Robert Harvey on flute and on banjo and guitar we have Donegal native Patsy Toland.

These musicians have a wealth of experience as performers and musicians. Robert has previously worked with Emer on her headline gigs in Germany and Amsterdam, among others. So, tap your feet and clap your hands and sing along with the artists on stage on May 28.

For more information and tickets visit backstage.ie and www.emerdunne.com. Tickets €15.