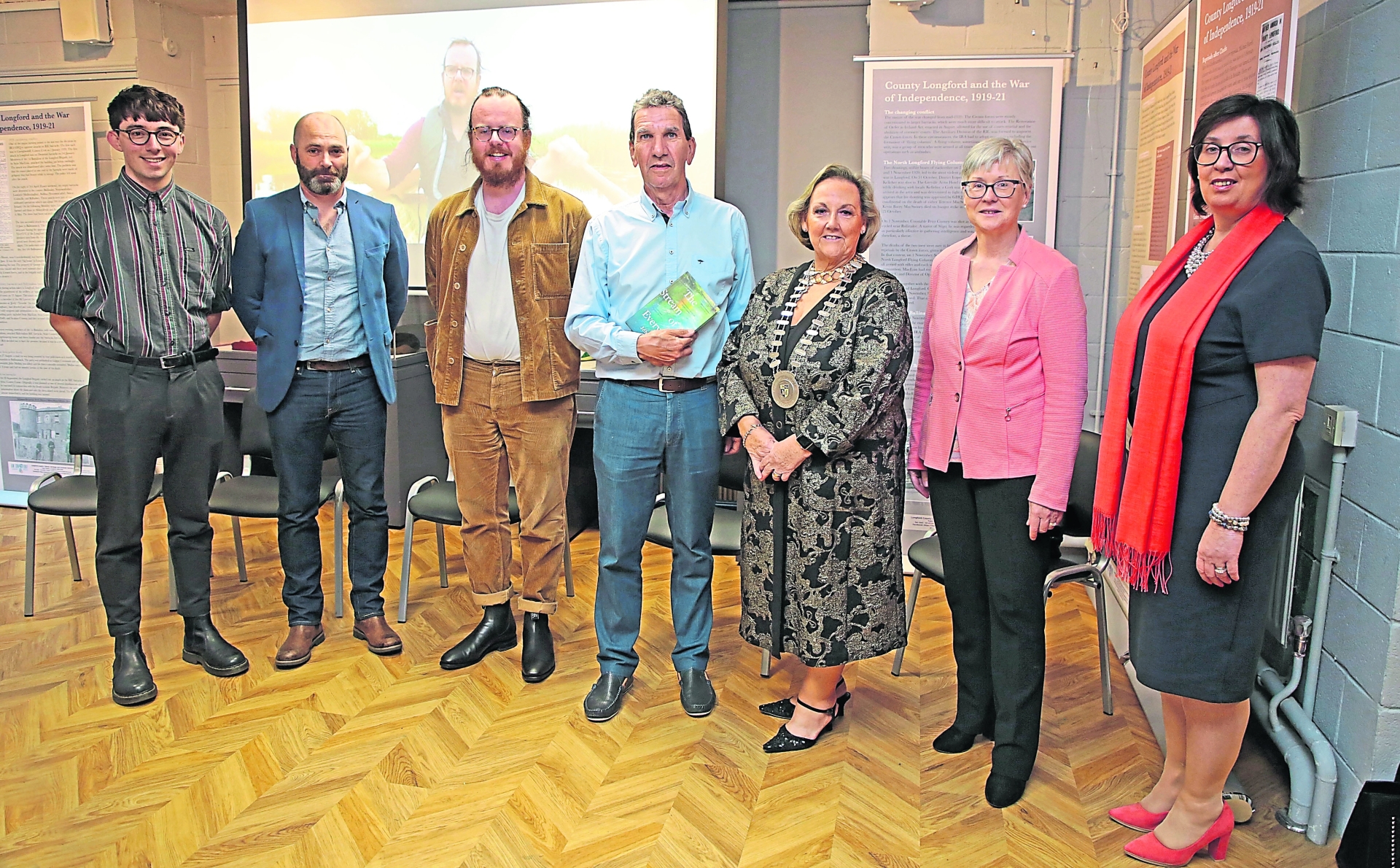 When Ballinalee author John Connell launched The Cow Book in 2018, Longford Library was packed and the supply of books actually ran out as eager readers rushed to grab a signed copy.

The Soran man’s second offering, The Running Book, was released in 2020 and, due to the Covid-19 pandemic and in line with government restrictions, did not have a large launch.

But, as the world starts to return to normal and people start to get out and about again, John was thrilled to see a large crowd returning to Longford Library last Wednesday night for the launch of this third and final book, The Stream of Everything.

The three memoirs were aptly referred to as the ‘Longford trilogy’ last Wednesday night, with each relating to the county, its people and the author’s connection to and love for his homeland.

“They say we are new people every seven years,” said John, addressing those present at the launch, “well my friends, I am a new man for I have been seven years at home now.

“Longford to me then was an unknown place. But I have come to see that we live not just in the midlands, but the middle kingdom. That in this place, we are the meeting place of this land, where the water and stone have shaped us into the people we are. That it has permeated, not just the stone, but our souls. This is my final memoir, the final book in a trilogy - the Longford trilogy - where I have made my home and where I have made sense of the world that I live through and the world I have come to make my own.”

Speaking to the crowd last week, which included a number of local politicians, members of the clergy, friends and family as well as many members of the local community, John acknowledged the people who were not present - “those we lost in the pandemic, those neighbours who have gone to their maker” - and in particular, three of the people to whom he has dedicated his book.

“I met Father Patrick Burke through the Cow Book and we met on a number of occasions before he passed away suddenly, shortly before the Pope’s visit to Ireland,” said John.

“On our last meeting, Patrick gave me a copy of Thomas O’Crohan’s The Islandman. He had said to me that I was documenting the lives of the people whom I share my home with in the tradition of the great Blasket writers.

The book is also dedicated to the two daughters of John’s friend Jimmi Wright. Ophelia and Tarrow, he said, “were taken too soon by a terrible tragedy”.

“I hope that when people read this book, they will live in the words, swim in the reverie and the promise of beauty,” he said.

The Stream of Everythig is both a reverie and a celebration of close observation - a winding, bucolic account of a summer discovered at home.

The book was written during the pandemic when, in summer 2020, John found himself, like so many others, confined to his local area - the opportunity to freely travel and socialise cut short.

During this time, his attention turned to the Camlin river - an ever-present source of life for the inhabitants of his hometown and, for John, a site of boyhood adventure, first love, family history and local legend.

With little else to do during a time of restrictions and staying safe, John decided to canoe the course of the Camlin from Granard to Clondra with his close friend, Peter Geoghegan - a two day trip requiring physical exertion and mental resilience.

“After nearly dying in Sydney harbour ten years ago, I made a promise that I would sail down the Camlin in a thank you for bringing me home but that trip nearly never occurred,” said John.

“At the time of the pandemic, it was said that there would be literature produced from this time that documented the journey we all lived through.

“We have built our villages and towns upon its flow, at times embracing it, at others just a gently look upon its flow.”

As John and Peter journeyed through Longford over the course of two days, what struck them was the beauty of the county, from the swans to the fish and the scenery they took in along their route.

“Longford, our home, has faced challenges in recent years but being on that river, I can see now that the river is a place of inspiration. That the river can be part of the new song of Longford,” said John to the gathered crowd last Wednesday night.

“She is our grand old girl, which has known saints and writers, poets and the ordinary grace of everyday people.

“Longford’s future is a bright one - a future that we are all writing in our actions every day to make it a promised land - to make it the middle kingdom.

“When I returned to Ireland seven years ago, I was a boy in search of his voice. I meet you now this evening as a man who found that voice in this land - who found a family in not just my clan but in the people of our small county who embraced me in sickness and then in health.”

In those seven years, he added, he has produced three memoirs - three books about not just his own life, but the lives of those who have walked with him.

“This, my last book, is my love letter to my home,” he said.

“They say in some circles that we must earn our souls, that they are not just granted to us. I have found that souls are real, earthy things, bandaged in wounds and wins and they are, in short, real and whole.

“So now that the story is done, I find that my soul too is whole - formed by all of you. Formed out of pain which turned to joy. Above all, this is a book about hope and love.”

When John returned home seven years ago, he was told that being a writer was “a dreamer’s thing” and that it could not affect change in the world.

“But the word, the ministry of the word is a rewarding thing - a cleansing thing. It can help us earn those souls and in that there is great power,” he said.

“As to the future, that is an unwritten tale - a story that we will all walk or run or farm together. The sheaves of hay, like a book, tell a new story each season.

“Thank you for being with me in the good and the bad. This is our soul work and it is all happening every day in this, our beautiful home.”

John Connell’s third and final book in “the Longford trilogy”, The Stream of Everything, is available for purchase now.