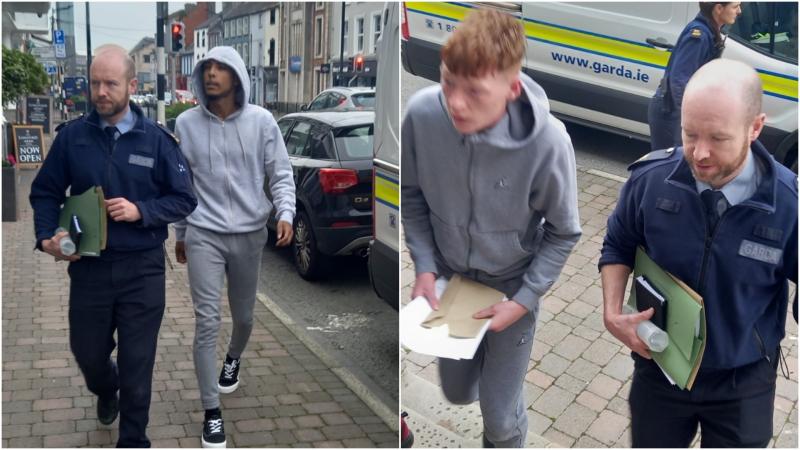 Two men have appeared in court charged in connection to a violent street brawl in Longford town on Sunday evening which left a man with head injuries.

He was further charged with producing a clawhammer during the course of an alleged assault.

PICTURES | A memorable Longford day out at Punchestown

Mr Curry, meanwhile, was charged with the possession of a knife at Five Star Pizza Shop, Main Street, Longford contrary to Section 9 of the Firearms and Offensive Weapons Act 1990.

Both men were arrested and detained at Longford garda station after gardaí were alerted to reports of an unruly incident in the centre of town shortly before 8pm.

Mr Nevin, who was accompanied by his mother, stood with his hands clasped behind his back in the custody suite of the court as Garda Anthony Scanlon gave evidence of arrest, charge and caution.

He said both men made no reply when details of the charges were relayed to them before 11pm last night.

Garda Scanlon told the court the incident both men had been charged with began in the car park of the county towns’ shopping centre before spilling out onto its main street moments later.

He said gardaí had no objection to bail being granted to Mr Curry subject to “certain conditions” being imposed.

They included orders that the accused observe a 10pm to 8am curfew, to sign at Longford garda station three times a week, refrain from entering Longford Shopping Centre while also providing a mobile phone number to gardaí and remaining contactable at all times.

Defence solicitor for Mr Nevin, Frank Gearty said his client would be consenting to a short remand in custody after Judge Bernadette Owens was informed gardaí would be objecting to bail being granted to the teenager.

He also revealed Mr Nevin was an individual who suffered from ADHD and asked the court to ensure his client be medically examined while in custody.

Judge Owens said, in those circumstances, she would be granting a psychiatric report to be carried out on Mr Nevin.

Legal aid was also granted to both men with Mr Nevin due to reappear next Tuesday (May 10) while Mr Curry is set to return before Longford District Court on July 5.