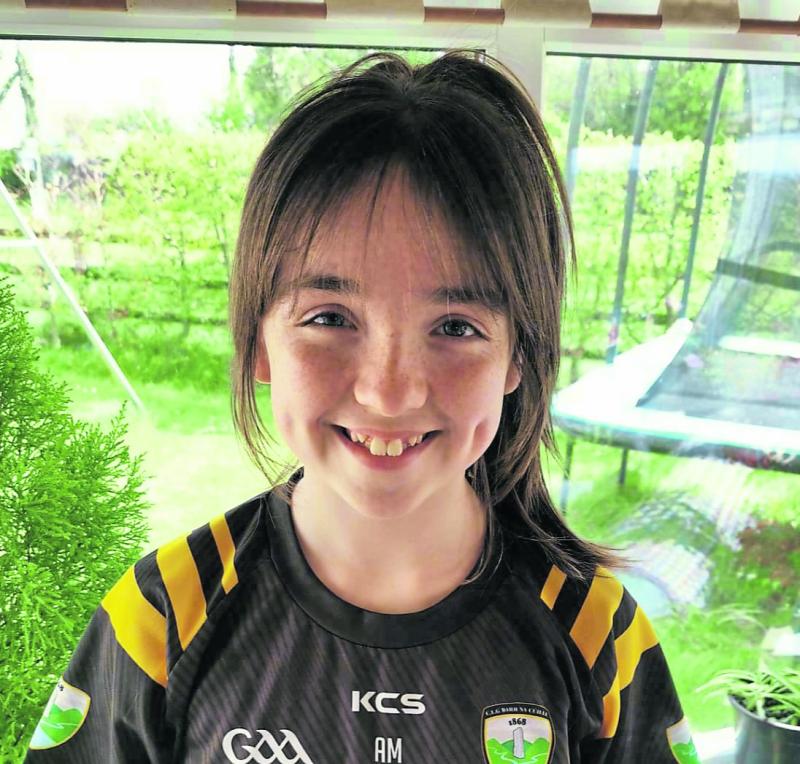 If there’s one thing the past two years have shown us, it’s that the people of Longford will all come together to help others in need, whether it be each other during a global pandemic or refugees from Ukraine who are in need of humanitarian assistance.

It is that kindness that Edgeworthstown woman Edel Mallon and her husband Brian hope to rely on as they try to raise funds for their daughter Rachel’s spinal correction surgery.

Rachel was diagnosed with Adolescent Idiopathic Scoliosis on February 8, 2022, at the age of 13. As a sports fan, the news that she would need major spinal fusion surgery from the middle of her back to her pelvis changed Rachel’s life completely.

Complete spinal fusion is the only surgery available in Ireland but this would mean Rachel would be unable to bend her back for the rest of her life and only being able to bend from the knees, which would leave her with a restricted quality of life.

Rachel is sports mad and is on the Leitrim Ladies U14 squad. The spinal fusion surgery would leave her out of school for a year to recover, and her sporting days would, unfortunately, be over.

“Rachel loves her sport and is a keen Bornacoola club player at under 14 and under 16 level,” her parents explained in an open letter posted on the Rachel’s Urgent Lifechanging Spinal Surgery Facebook page.

“She also played county under 14 football this year for Leitrim. She loves gymnastics and was part of the further development class with Longford Gymnastics.

“Rachel loves acting, singing and playing the guitar. Rachel won a county medal this year for Solo singing and Ballad Group and represented her county in the 2022 Connaught Scór na nÓg final.

“Rachel’s Scoliosis is very progressive and the curvature in Rachel’s spine is increasing her pain. Rachel has been unable to attend school for the last five weeks as she finds it very painful sitting for long periods. Rachel has also stopped playing county U14 football with Leitrim and has also stopped gymnastics as the pain has become too severe when doing these activities.”

The sports-loving teen spends hours every day doing Scoliosis specific physio to help with her breathing and pain management, her parents continued.

Rachel has an S-curve in her spine which initially measured 58 degrees on the top (thoracic spine) and 42 on the bottom (lumbar spine). This is classified as severe Scoliosis and requires surgery.

Naturally, such an outcome sent her parents into a research frenzy as they searched for alternative options that might give Rachel a better chance.

Their search for solutions brought up an alternative surgery which is available in the UK, Spain and the US.

“We were so relieved to find a spinal correction surgery technique called VBT (Vetebral Body Tethering) and that it was available in London,” they said.

“Unfortunately VBT surgery is not available to Rachel in Ireland so we set about getting this surgery in London.”

VBT surgery involves placing a screw in each vertebrae and attaching a cord to the screws. The cord is pulled tight straightening the spine while maintaining the ability to bend and move freely.

Rachel’s parents sent her x-rays to the surgeon in London, who reviewed them and confirmed that she is a suitable candidate for the surgery.

The plan then was to do VBT surgery on Rachel’s thoracic curve and the surgeon outlined that the lumber curve would straighten itself.

However, following the most recent set of x-rays and scans the surgeon was so alarmed at the increase in the curve of Rachel’s spine at both ends that he has sourced a hospital and a surgery team to bring her surgery forward to May of this year so that he could correct the alarming curve in both sides of her spine.

“She is working tirelessly each day on exercises to slow her scoliosis curve progression and keep flexibility in her spine which is so physically, mentally and emotionally difficult for a young girl of 13 to do,” her parents explained.

“We are overwhelmed by the strength and bravery Rachel shows each day on her difficult Scoliosis journey.”

As with all major surgeries, the cost is the main problem. At €120,000, this particular seven-hour surgery will be difficult to fund. From savings and help from other family members, Brian and Edel have managed to pull together €90,000, leaving €30,000 to be raised.

The community has so far rowed in behind Rachel, her parents, and her two siblings, Aoife and David.

Bornacoola GAA Club - for which Brian is treasurer on the committee - are on a major fundraising drive in the hopes of helping the Mallon family to reach their fundraising goal.

Rachel will spend three weeks in London for her Scoliosis surgery. This includes pre-ops, one week in St Georges hospital following surgery and a further week in London being monitored by the surgical team.

Her family hope to make their way home on May 21 following successful surgery.

Anyone wishing to donate towards Rachel’s life- changing surgery can do so by visiting the Facebook page at: @RachelScoliosisSurgery or donate directly at https://gofund.me/e50b8e24

“We would like to thank everyone for their kind words, prayers, offers of help and true kindness throughout Rachels Scoliosis journey,” her family concluded.