Longford gets set to remember ‘one in a million’ Bryonny 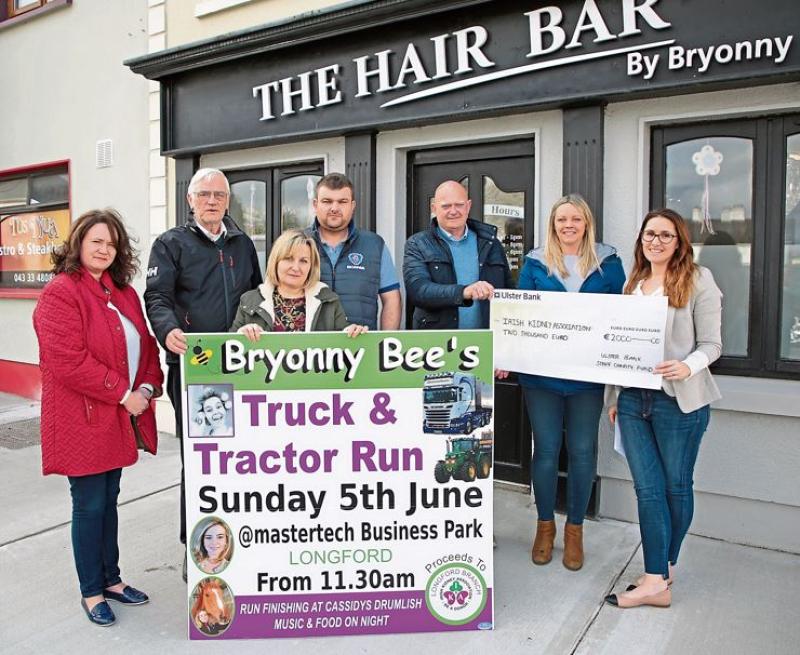 The family of a young Longford woman tragically killed in an equestrian accident last year are to hold a special fundraising event to coincide with her 26th birthday.

Newtownforbes hairdresser Bryonny Sainsbury passed away on August 31, 2021 in Dublin's Beaumont Hospital, sparking a flood of tributes from across the local community.

Less than eight months on, Bryonny's heartbroken family are preparing to host a major fundraiser in her memory.

The occasion, which concludes at Cassidy's, Drumlish will also see live entertainment being provided by Nite Fever with all proceeds going to the Longford Branch of the Irish Kidney Association.

The timing of the event, as revealed by Bryonny's mother Alison, will be made all the more poignant in that its staging will come two days after the former Scoil Mhuire student was due to turn 26.

“We have had lots of interest so we are hoping it will be well supported,” said Alison.

She told of how the anguish and sense of loss of Bryonny was something she and her family still found difficult to comprehend.
“You have just got to take each day as it comes,” she said.

“Bryonny just didn't realise what and how highly people thought of her.”

In a fitting tribute to the fun loving equine enthusiast's memory, Alison revealed how she has since taken over the reins of her hairdressing business, 'The Hair Bar by Bryonny'.

“We closed up for a month after Bryonny died as we needed to get our heads around what happened,” she said.

“The two girls, Shelley and Grainne work so well together and have just been terrific.”

Aside from running a firm Bryonny helped become one of the locality's leading salons, Alison has taken to handrafting travel pebbles in memory of her daughter.

That passion has seen the successful launch of an online Facebook page, termed BryonnyBee's Adventure Pebbles.

But for now, all Alison and the Sainsbury family are concentrating on is ensuring the inaugural 'Bryonny Bee's Truck and Tractor Run' ensures the memory of one of Longford's brightest personalities lives on for years and decades to come.